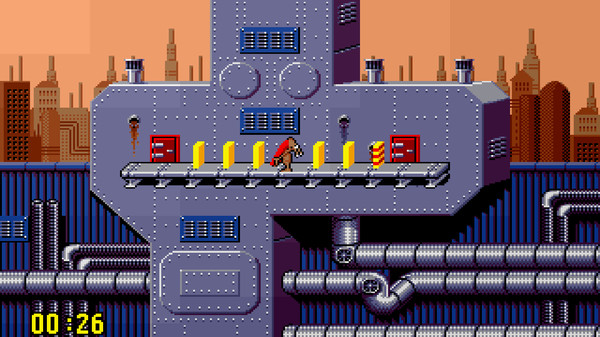 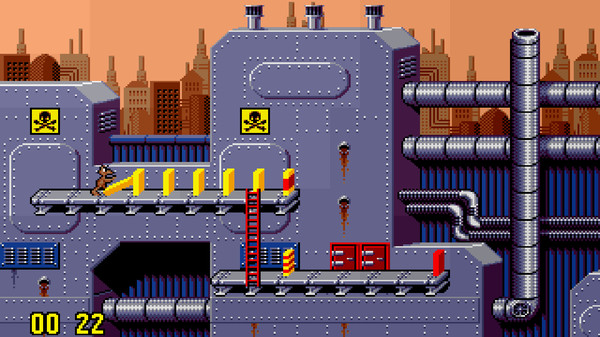 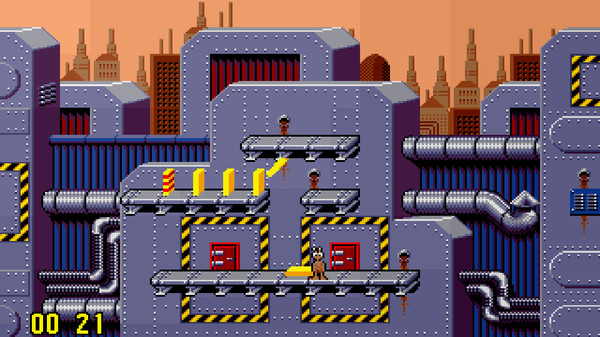 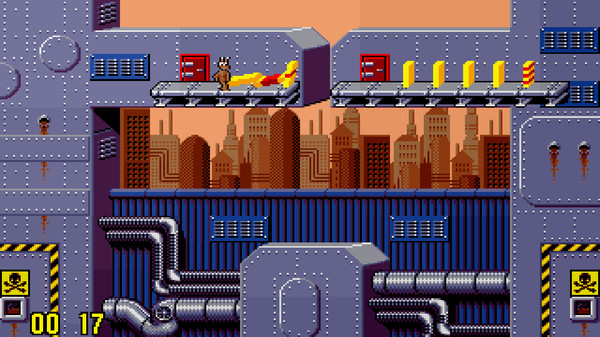 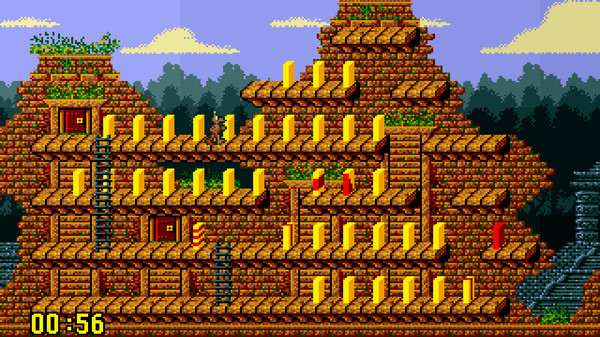 G.I.Ant is extremely clever, and highly trained in tactical maneuvers. What's more, he is extraordinarily strong, and super smart. His latest mission is to gain access to the crazy world of Captain Rat's Treasure Caves. Straight forward, huh?...... NOT!

The game consists of 100 levels of increasing complexity over nine different themed worlds. Each level features several interconnected platforms holding a number of "dominoes". The aim is to rearrange the dominoes, such that with a single push, all of the dominoes are toppled, thus opening the exit to the next level. There are 11 different types of domino, identified by red and yellow patterns, each with different actions. The player controls G.I. Ant, who can move certain dominoes by carrying them one at a time.

Various factors can result in failure to complete a level. As well as toppling all of the dominoes, the player must be able to access the exit door once the dominoes have fallen. For instance, the player will be unable to reach the exit if a ledge leading to the exit has been destroyed, or if a gap leading to the exit has not been bridged, or if a line of dominoes lie across the exit. G.I. Ant may die by falling from a large height, by falling off the bottom of the screen, or by being crushed under a falling domino. The player is then greeted with the message "You Failed, You Died" and has to restart the level. Also, the level will be failed if any dominoes are destroyed by landing one domino on top of another.

Each level has a time limit during which it must be completed. However, if the time runs out the player is still able to continue with the puzzle if they wish. By pausing the game once the time has run out, a small hint will be displayed, giving advice on how to complete the level. As a side note, the hint for level 98 informs the player that the game's designer cannot remember how to complete the level without trickery ("Use a drop! There is a way to make it work with a push, but I can't find it!").
Publisher: Ocean Software
Genre: Puzzle
Year: 1992
Platform: DOS
Language:

Even More Incredible Machine, The