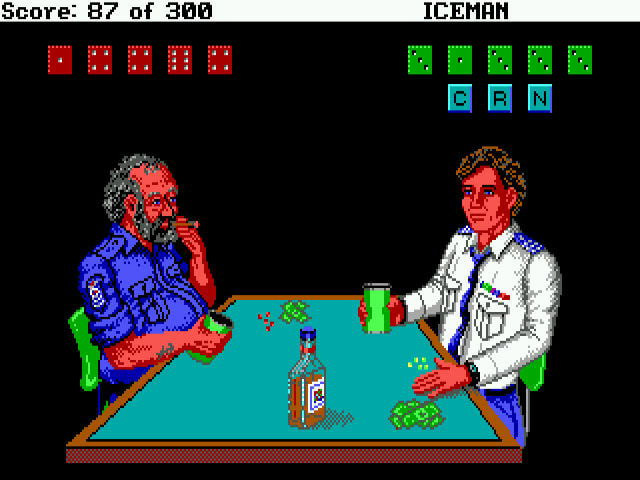 From Jim Walls, designer of two of the most exciting and realistic graphics adventure games ever written, comes a story as chillingly authentic as tomorrow's headlines.

Action and intrigue combine with the latest in simulation technology to create a thrilling adventure. The scenario: a kidnapped U.S. ambassador and the only man who can save him - Codename: ICEMAN.