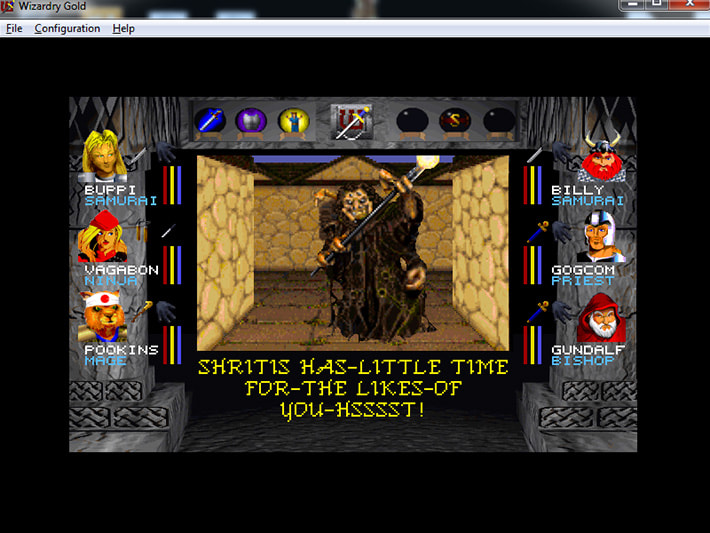 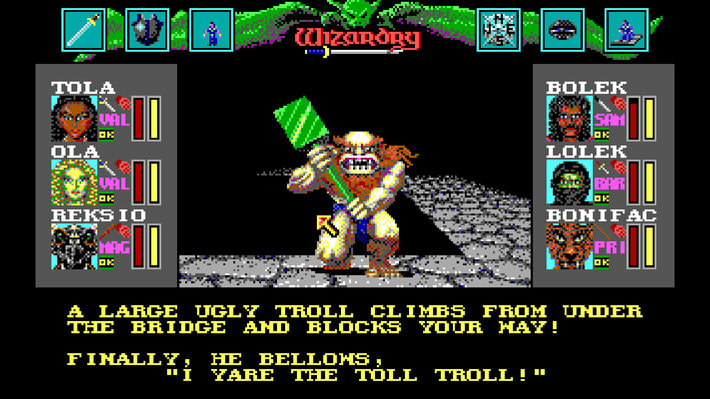 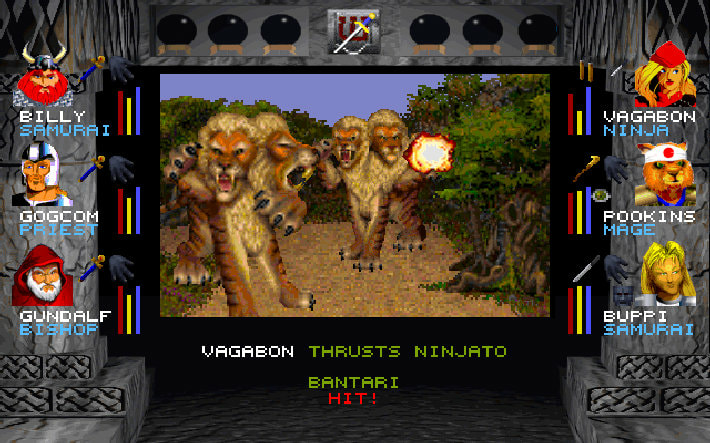 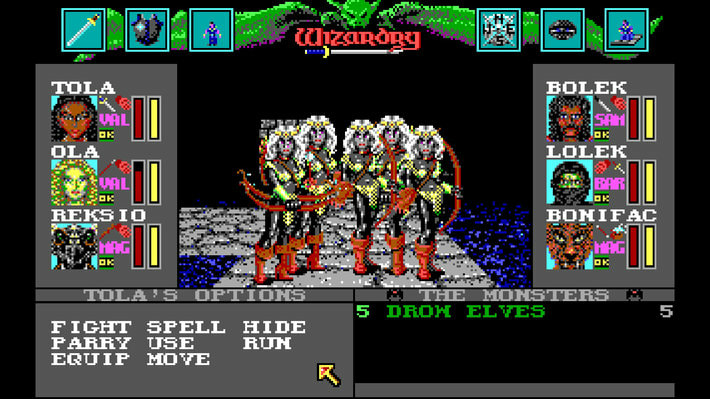 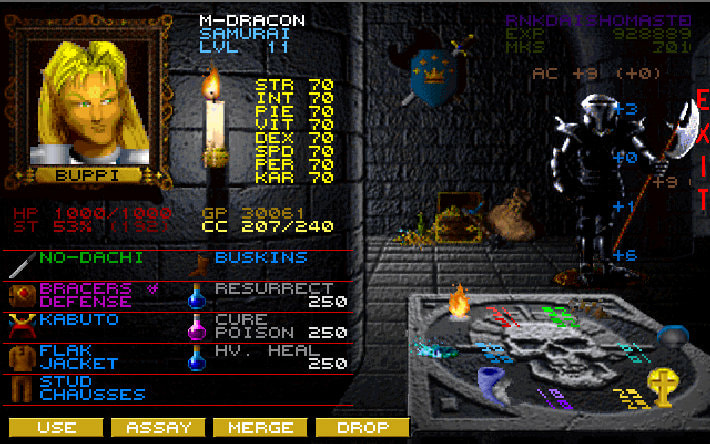 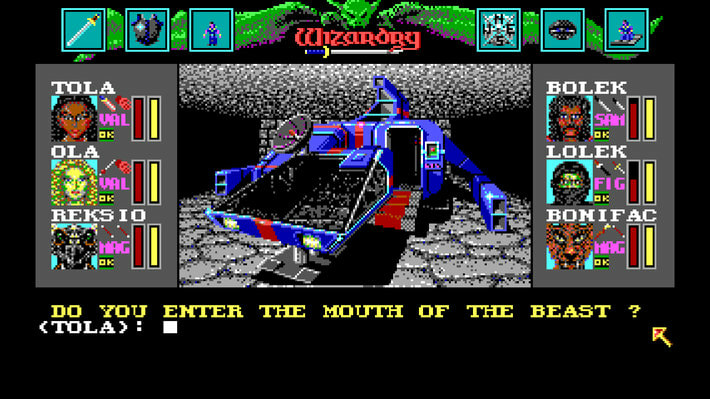 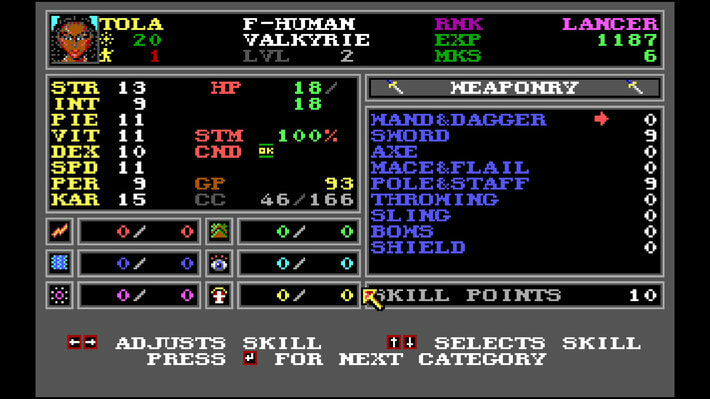 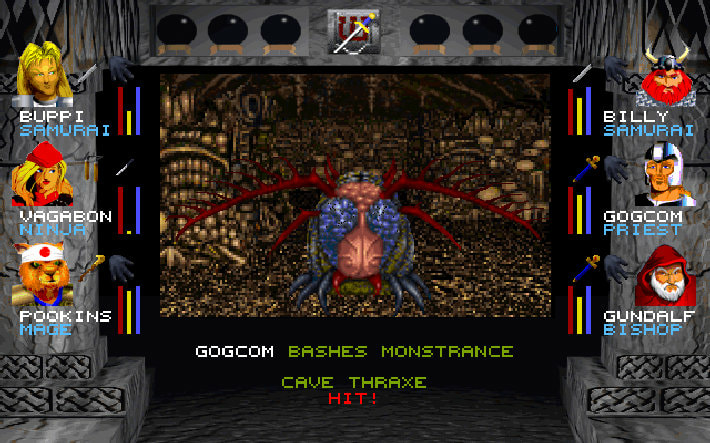 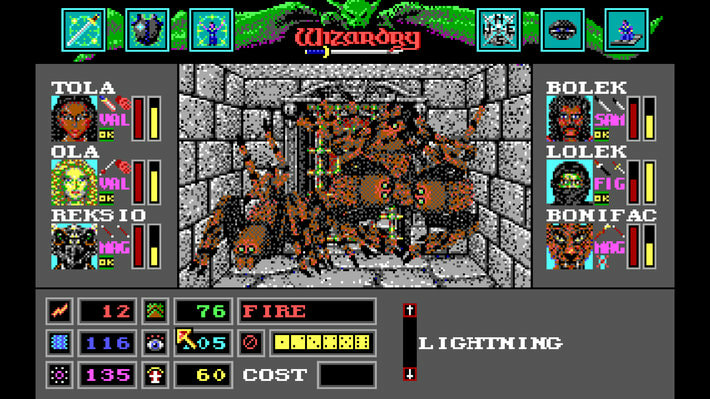 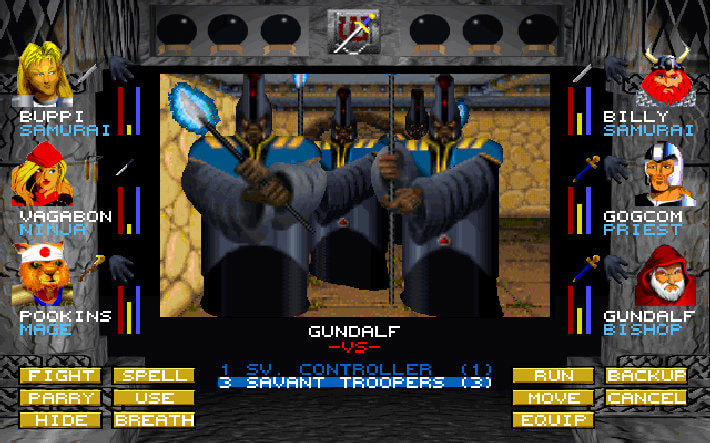 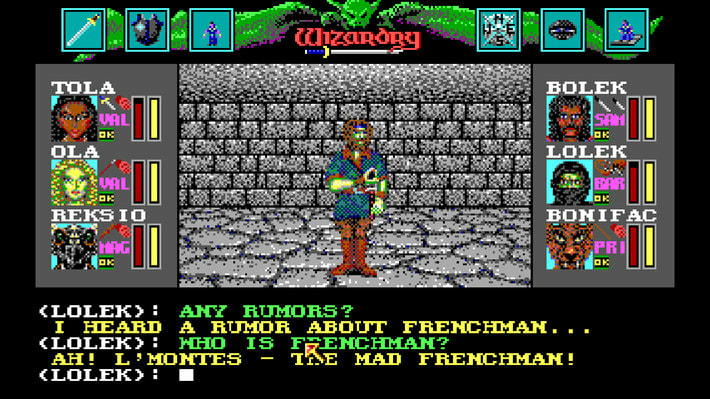 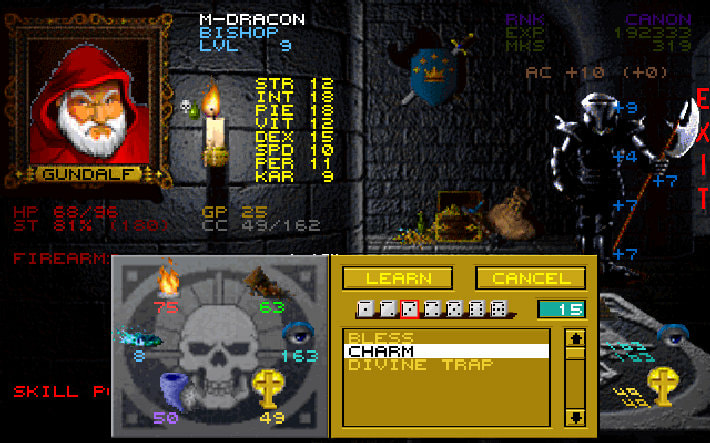 Includes Wizardry 6: Bane of the Cosmic Forge & Wizardry 7: Crusaders of the Dark Savant. Ten years ago, WIZARDRY set the standards in Fantasy Role-Playing. Now after two million copies have been sold and dozens of awards have been won, Bane of the Cosmic Forge raises and redefines those standards. This new WIZARDRY, the truest simulation ever of Fantasy Role Playing, will push your computer, your mind, and your sense of adventure to their very limits.
For the First Time
Outdoor Campaigns
Full Soundtrack and Effects
True Point & Click Mouse Interface
Auto-Mapping
Unprecedented Depth of Story

Begin your adventure in Crusaders of the Dark Savant. Import your characters from Bane of the Cosmic Forge or create a new party capable of surviving the rigors of a strange alien world.

Both friends and foes you'll discover as you search for the forgotton secret of a once madman - the secret of the very universe itself. And you won't be alone in your search. Others as enterprising as you have also entered this dimension. Only your actions - both past and present - will determine just how well you fare. From the depths of a dungeon to the blue and limitless skies, you'll see it all - you'll hear it all - in this latest Wizardry adventure.

Sometimes
Sometimes you won't find everything as you left it; you're not alone in this world. Sometimes the people you meet will like you... if you've been nice to their friends.

Forever
Forever true to the most acclaimed fantasy role-playing simulation ever, the sequel to Bane of the Cosmic Forge. Forever beautiful graphics and sound - indoors and out. Forever in the tradition of... Wizardry

Wizardry 7 Gold is currently only available in English and on the Windows platform.

Wizardry 6: Bane of the Cosmic Forge
Prepare yourself for a journey of epic proportions as you embark on a quest to retrieve a powerful artifact--the magical pen known as the Cosmic Forge. Its writings affect both Time and Space, allowing its holder to rewrite reality itself! Build your party of six companions, determine their skills, professions, and stats and enter the ancient castle where you’ll find treasure, armor, and powerful magic items to advance your quest. Meet the fortress' wizened and cryptic dwellers who hold secrets that must be unearthed and solve the riddles and puzzles that abound. Beware, however, as you and your party of stalwart adventurers will encounter countless dangers, hazards, and creatures of dazzling and terrifying form. Only by using your magic and skills, ever growing as you progress, can the dangers of the dungeon be vanquished. With over 400 items ranging from armor to weaponry researched for authenticity to the tactical combat structure, with Primary and Secondary attacks, Wizardry 6 stands tall against any and all RPGs.

Wizardry 7: Crusaders of the Dark Savant
You thought the adventure was over? It has only just begun! Import your characters from Wizardry 6: Bane of the Cosmic Forge or begin anew with a party of adventurers who’ll conquer the rigors of a strange alien world. You’ll discover both friends and foes as you search for the long-forgotten secret of a madman--the mystery of the very universe itself. You won’t be alone in your quest, however, as other adventuring groups are after the very same goal. Choose your actions wisely as there will be consequences: if you anger one person, be prepared to fight his friends later! From the depths of a dungeon to the blue and limitless skies, you’ll see it all in Wizardry 7: Crusaders of the Dark Savant.

Wizardry 6+7 offers two games that brought veritable incline to the RPG genre. Brave through tough, tactical, and turn-based battles that will push your skills to their extreme limits. Unravel fiendish puzzles and avoid devious traps, here to test your intellect as you navigate labyrinthine dungeons. Many will play but only a few will make it to the end of the glorious and majestic quest. Will you be one of the chosen few?
Publisher: Sir-tech Software, Inc.
Genre: RPG
Year: 1992
Platform: DOS
Language:

Worlds of Ultima: The Savage Empire