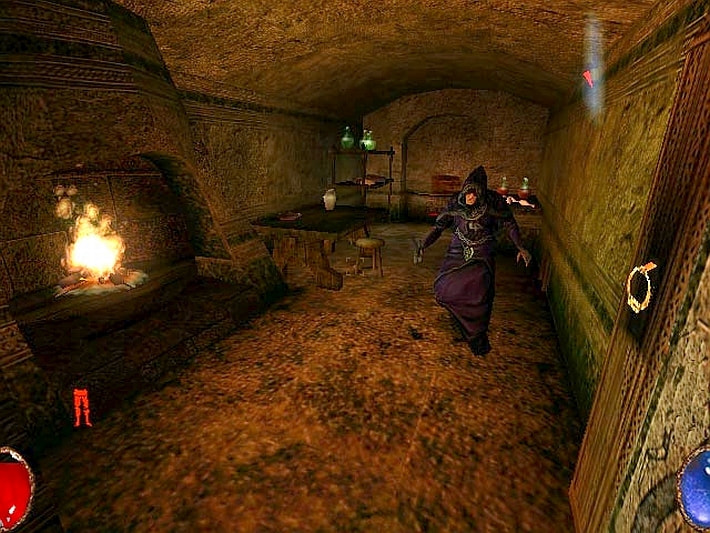 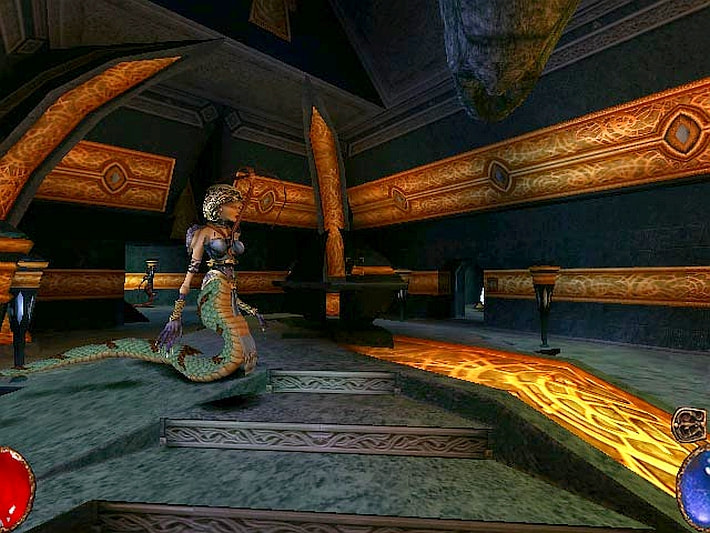 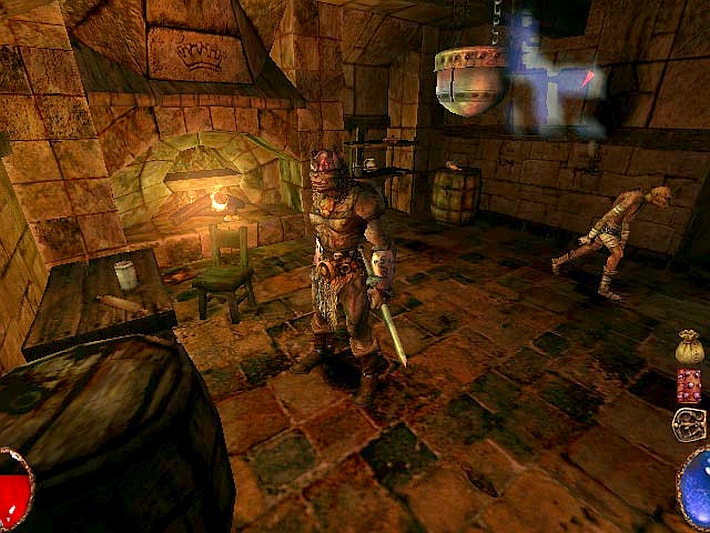 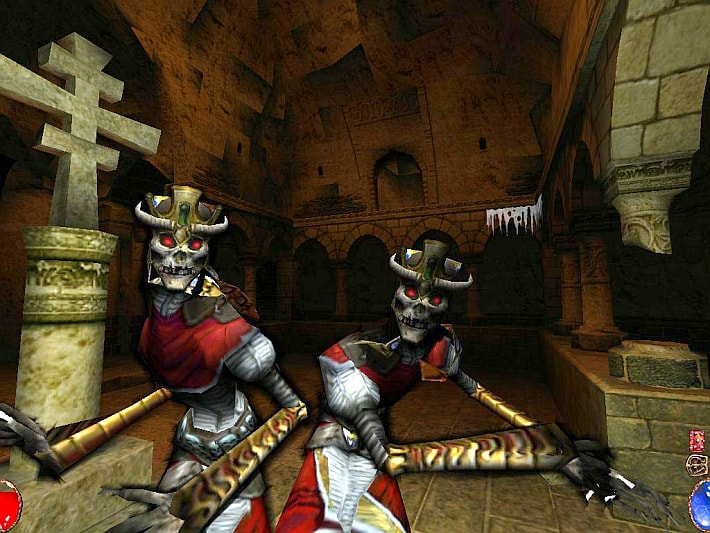 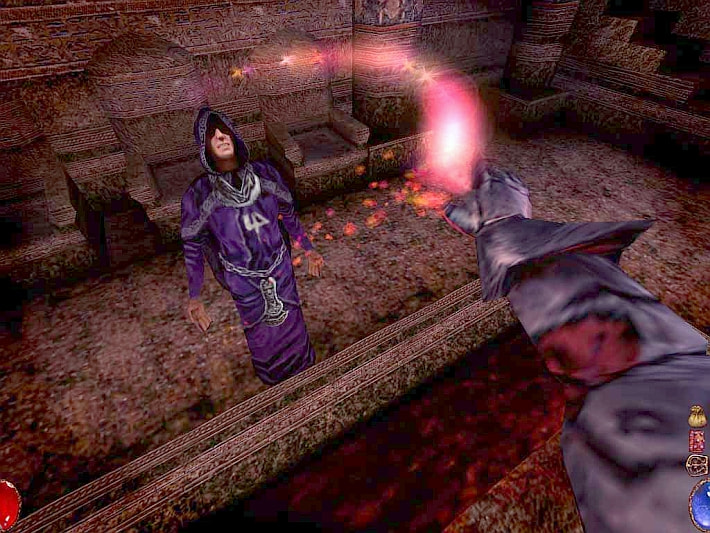 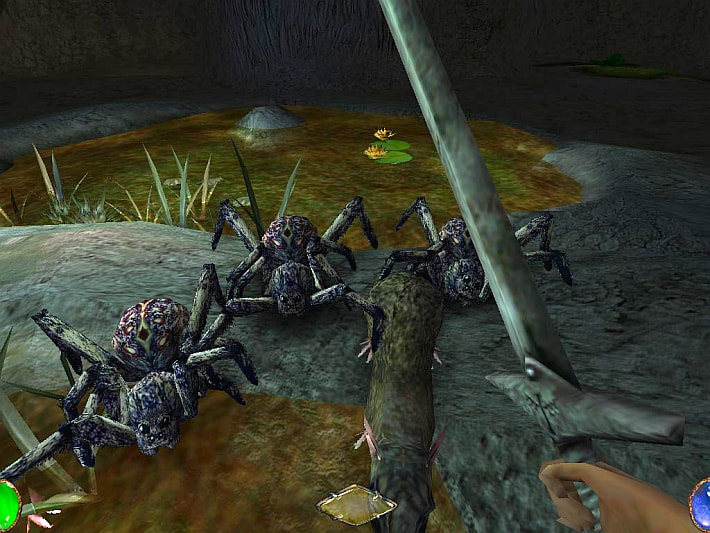 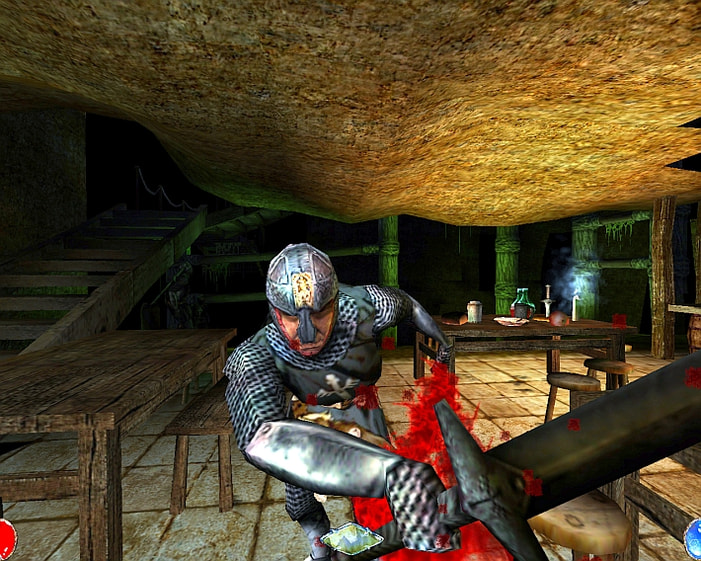 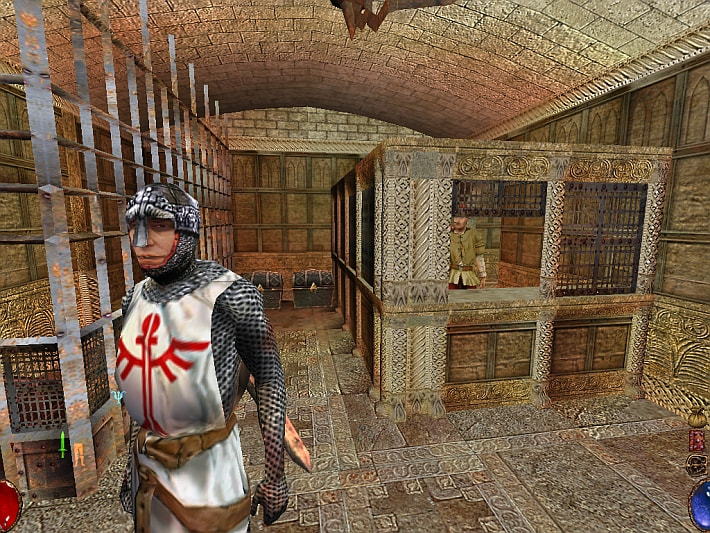 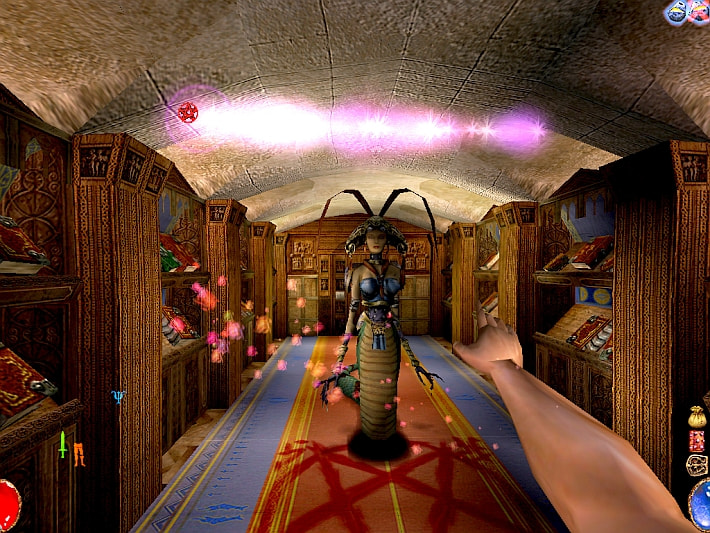 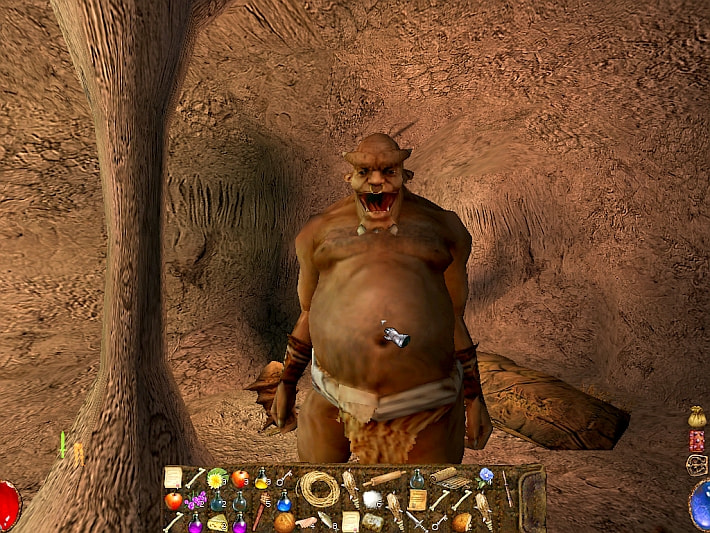 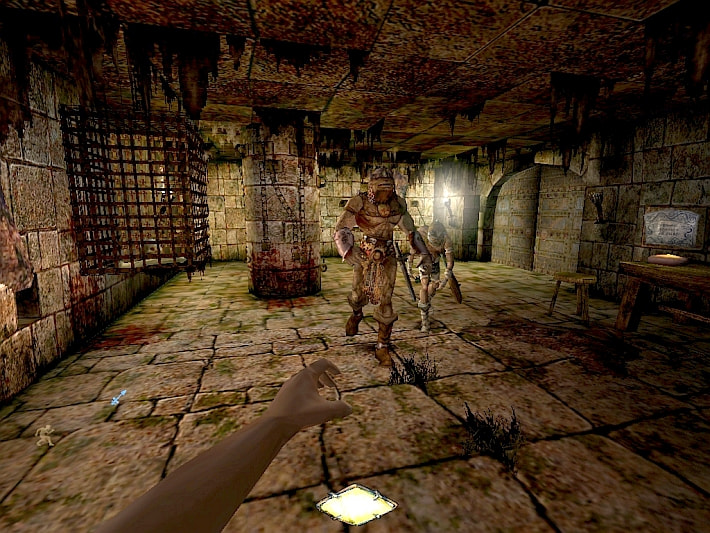 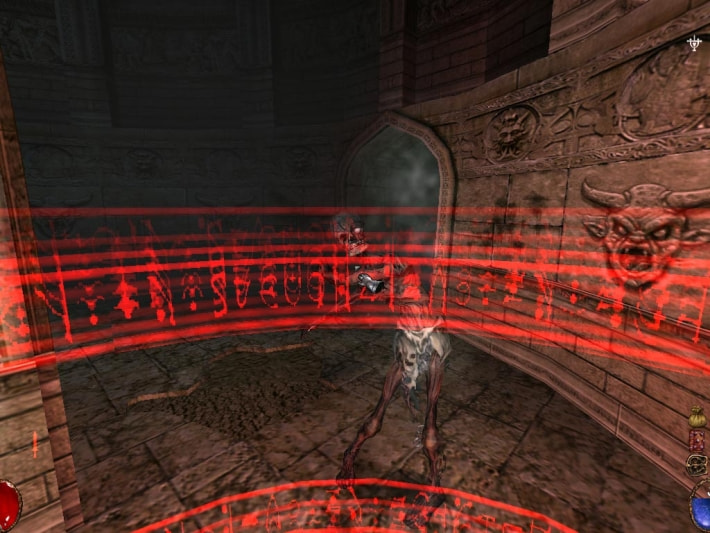 This critically acclaimed first-person RPG takes the player on an amazing journey into the fantasy world of Arx. The game mixes intelligent story with immersive and actual medieval surroundings. Arx Fatalis allows the player to feel that all his actions have a direct consequence on those around him.
The goal of the game is to destroy the secret cult of Akbaa, the god of destruction. As a player, you must prevent the return of such a cruel creature to the physical world. Should you fail, Akbaa is bound to impose its terror upon the world of Arx.
You will become the hero of an underground world - with weapons, spells and magical items to defend against goblins, trolls, rat-men and other vicious opponents.
Besides brute force, stealth and the "onscreen gesture based magic system" are the three alternative ways to succeed. Using the mouse, flaming runes can be drawn in mid-air. A combination of these gestures can create powerful magic spells that will protect you or empower you to defeat opponents and pursue the quest.
The world of Arx is wrought with turmoil, brought to the brink of destruction by a violent war. The sun has disappeared from overhead to shroud the world in eternal darkness forcing communities to begin inhabiting the underground mines. But as food and drink becomes scarce, the wars become even more violent as each race struggles for survival.

You are plugged into this world of terror and must use bravery and cunning to uncover the long hidden secret of Arx. As your epic quest unfolds you will explore ancient temples, bustling cities and abandoned mines, unearth legendary artefacts and face terrifying foes.

Arx Fatalis features: Lots of quest and sub-quest to complete; innovative gesture-casting system with 50 powerful spells based upon 20 runes; wield over 20 crushingly powerful weapons; no two games are ever the same: storyline and events change according to your actions; hundreds of characters to befriend or murder and massive underground world to discover and explore.
Publisher: Arkane Studios
Genre: RPG
Year: 2002
Platform: Windows XP / Vista /
Language:

Lands of Lore: The Throne of Chaos

Gateway to the Savage Frontier