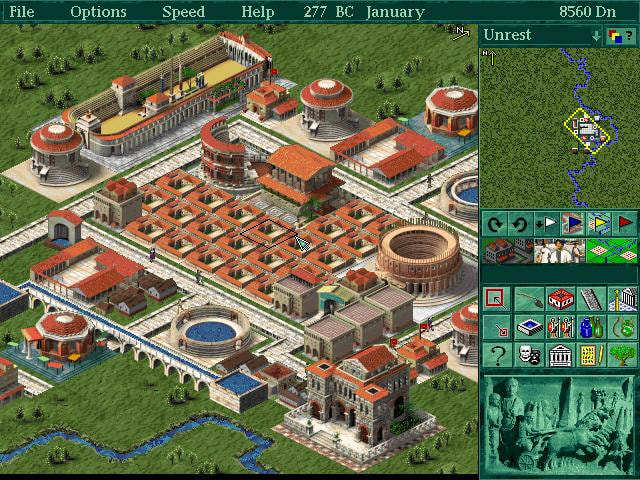 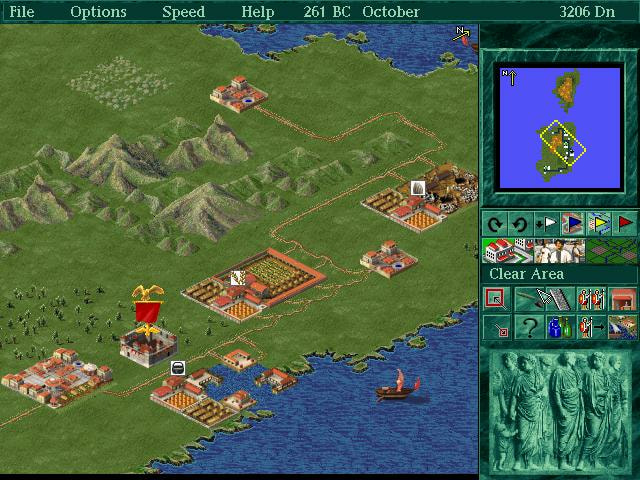 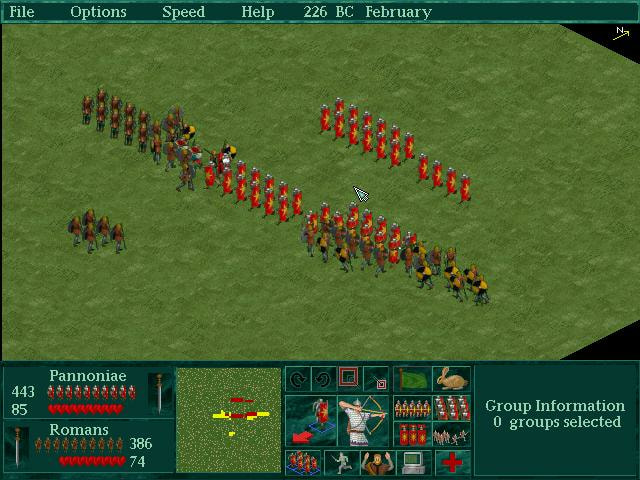 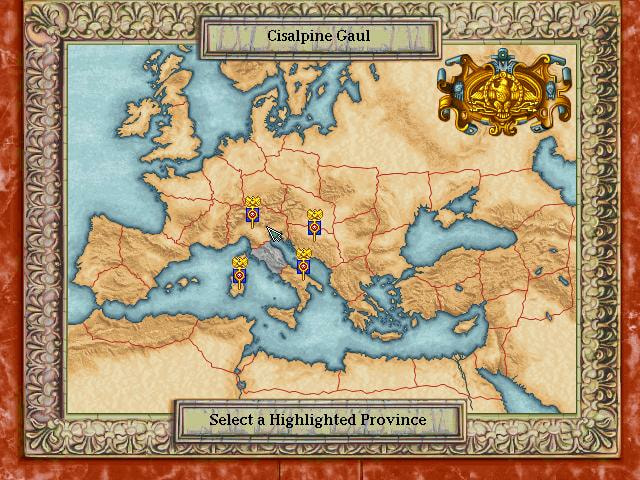 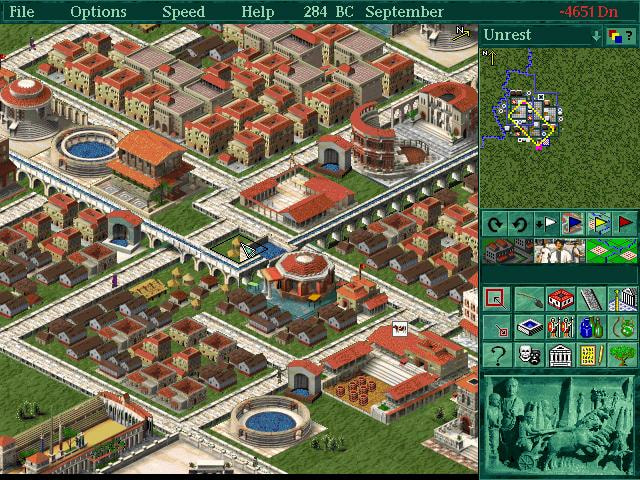 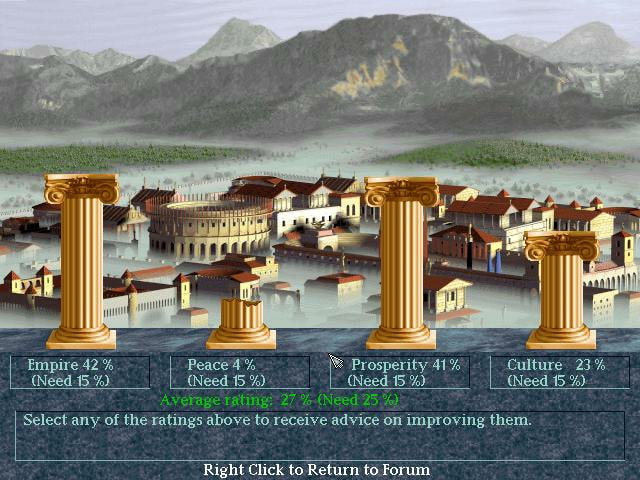 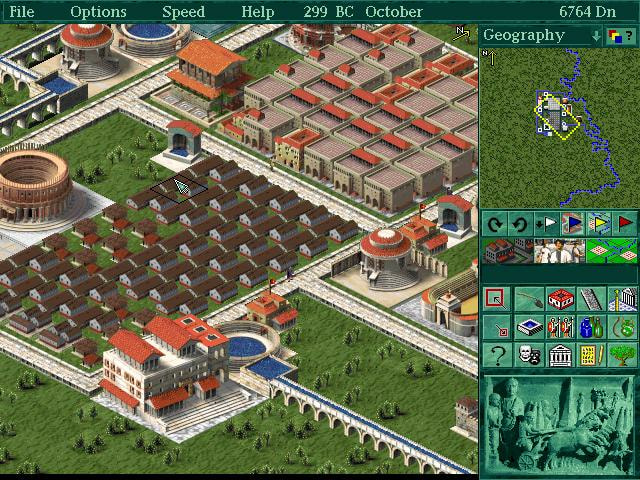 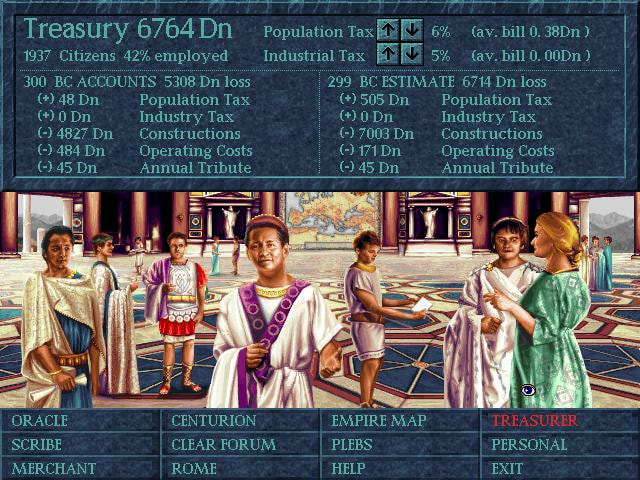 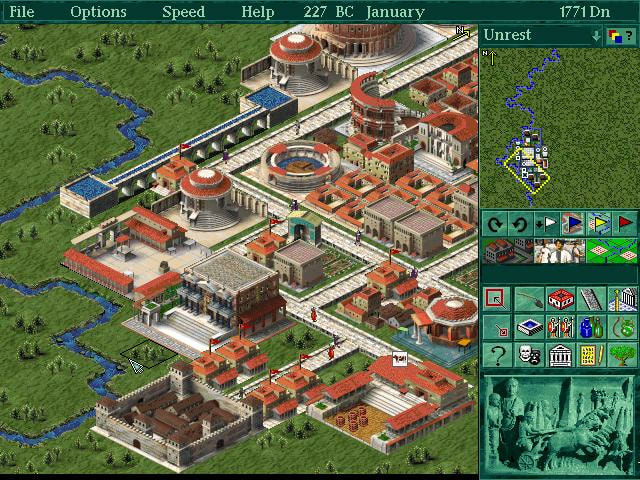 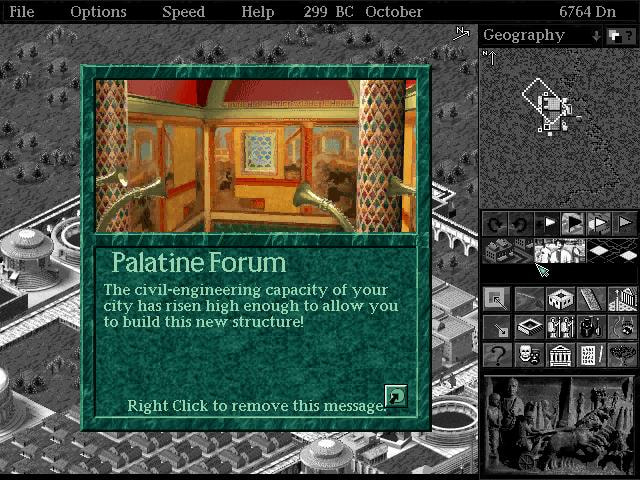 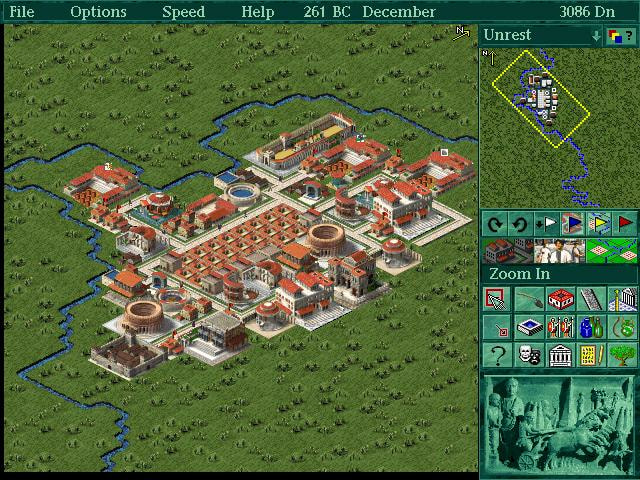 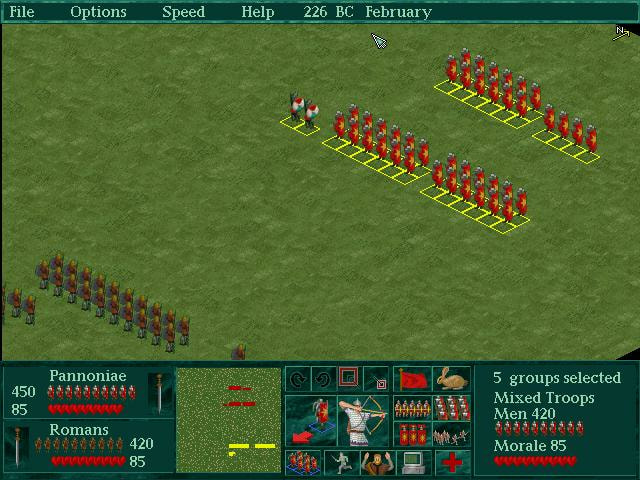 You are the Governor of a Roman province whose capital city (if you build it well!) will become the talk of the Empire. Choose from dozens of authentic structures - temples, aqueducts, bath houses, even the Circus Maximus - and watch your city spring to life. Develop resources, open trade routes and promotion will soon follow.

Then expand your territories and move up the ranks. Your challenge - to rise and become the next Caesar - while confronting upstart Gauls, invading barbarians and restless citizens who threaten your eternal cities.

Can you do as the Romans did and build the ultimate city?
Publisher: Sierra Entertainment
Genre: Strategy
Year: 1995
Platform: DOS
Language: