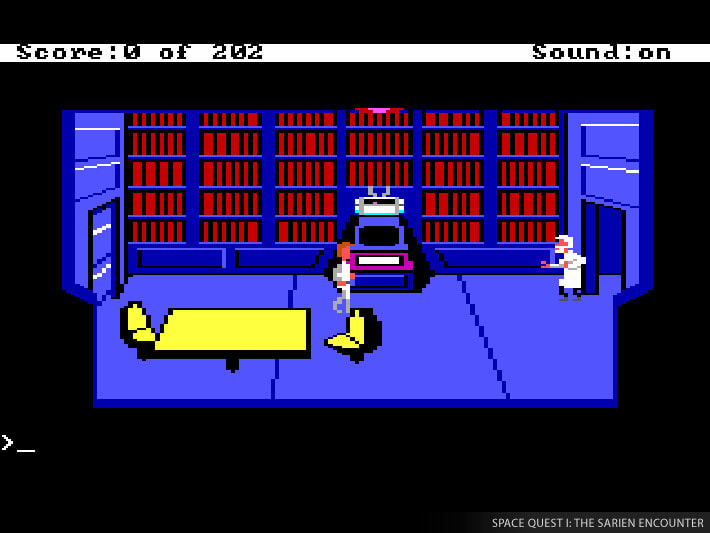 A long time ago in a galaxy just around the corner you are the janitor in space. Your mission is to scrub dirty floors, to replace burned-out light bulbs, to clean out latrines... To boldly go where no man has swept the floor. See what happens yourself as Roger Wilco, intergalactic garbage-man, comes to the rescue.

Packed with comedy, tragedy, suspense, horror and many other nouns.
Relive the classic series brought together in one collection.

Space Quest 3: The Pirates of Pestulon