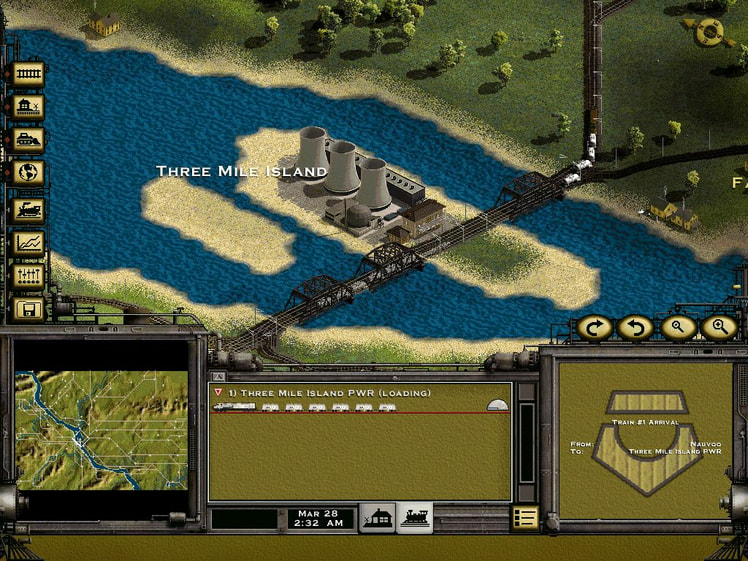 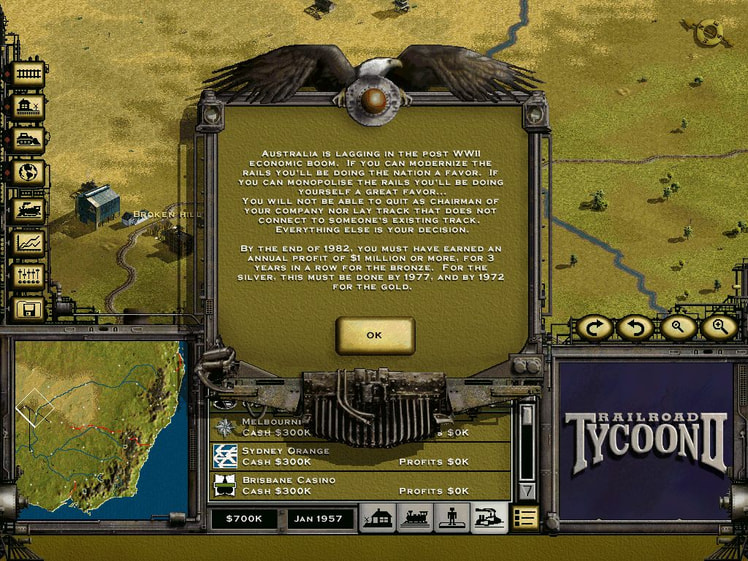 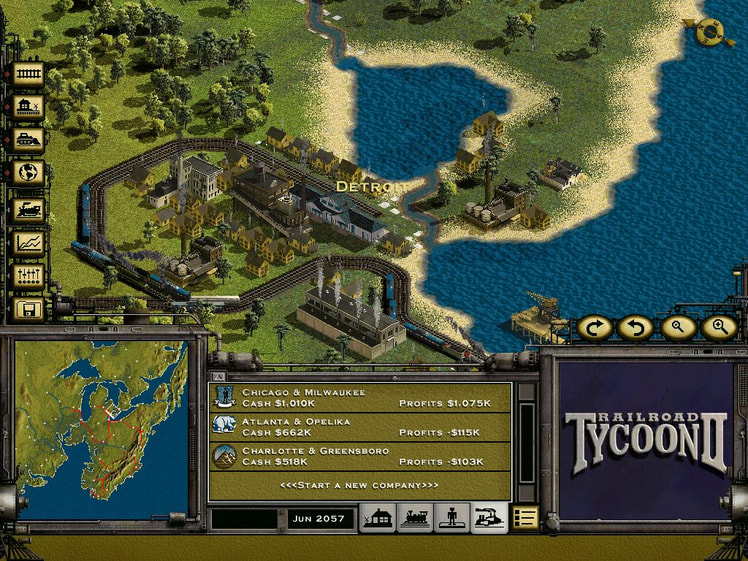 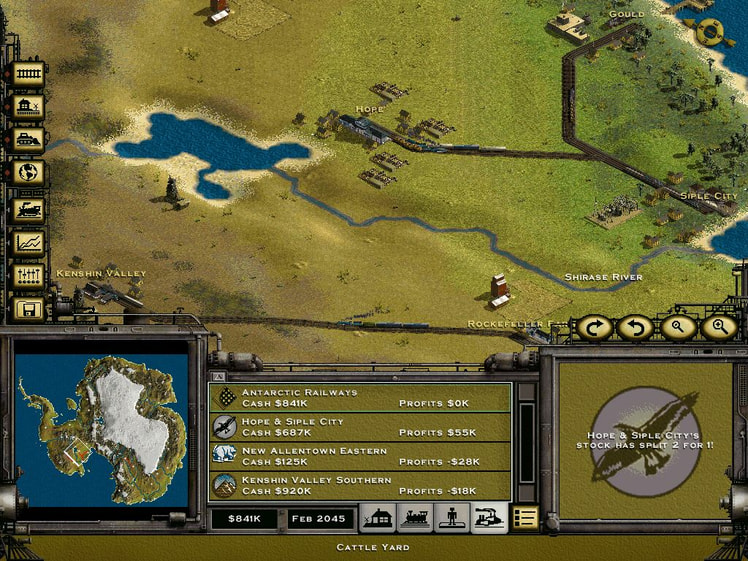 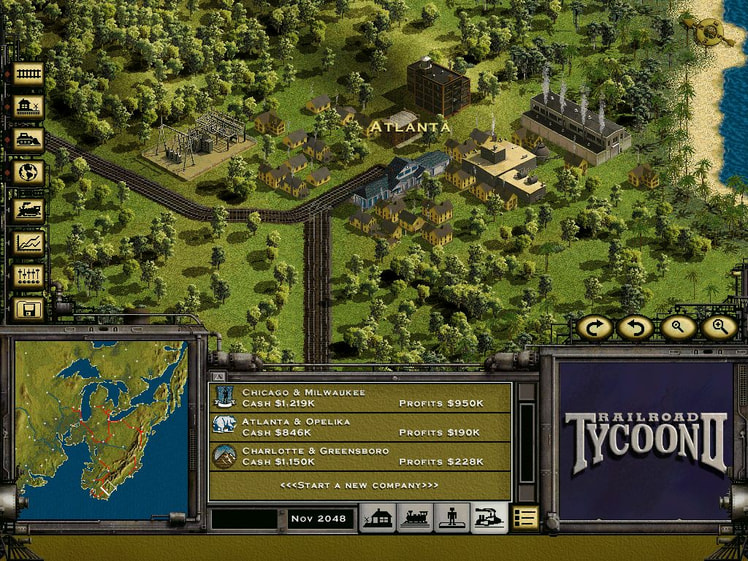 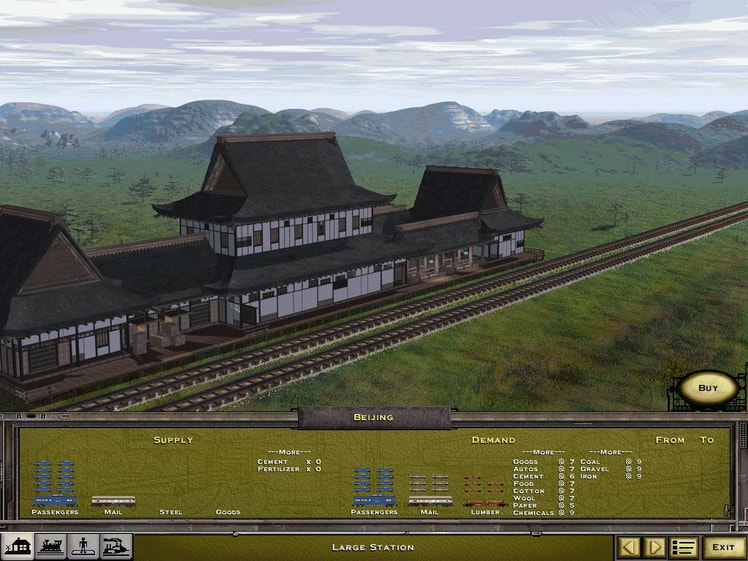 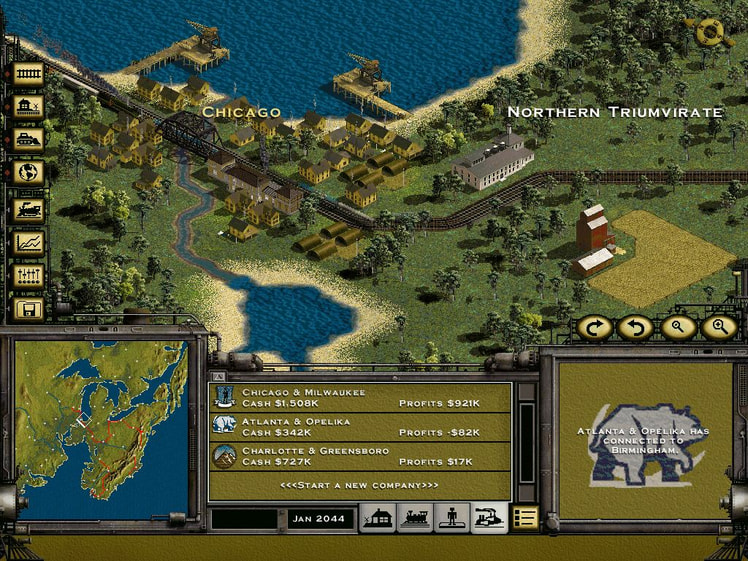 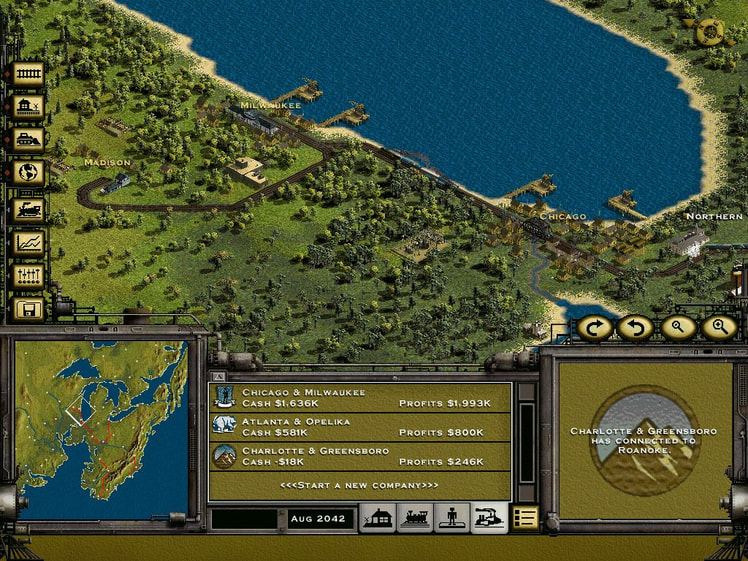 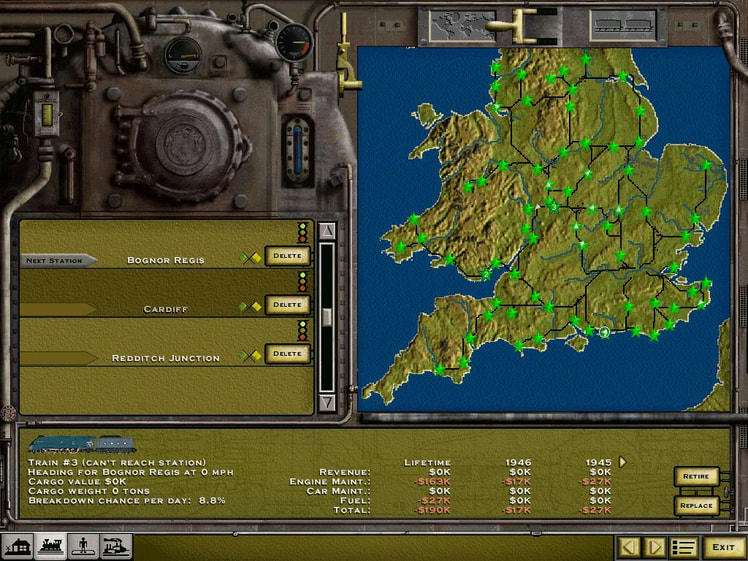 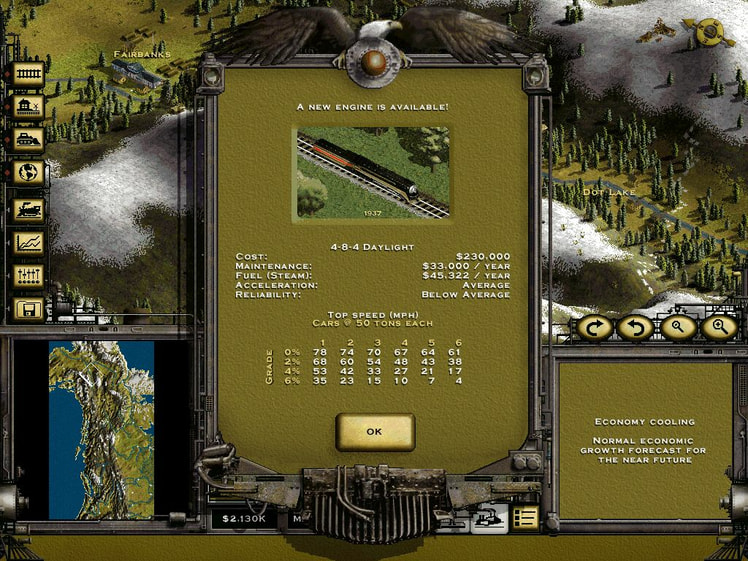 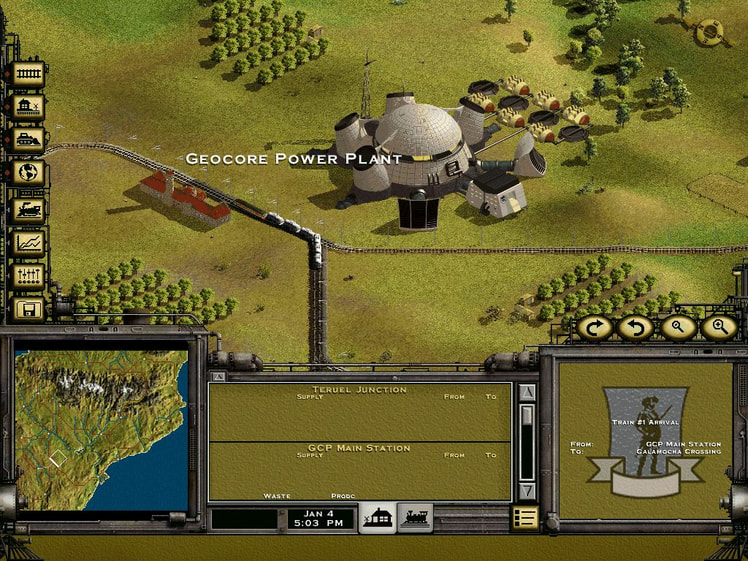 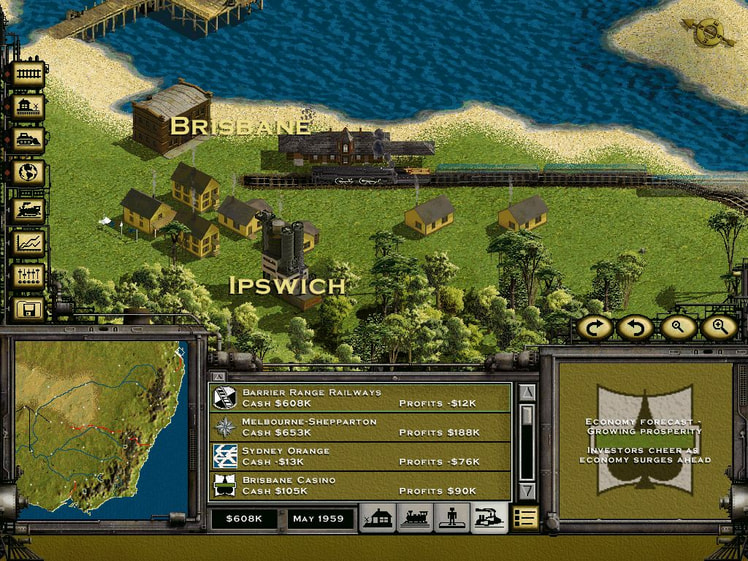 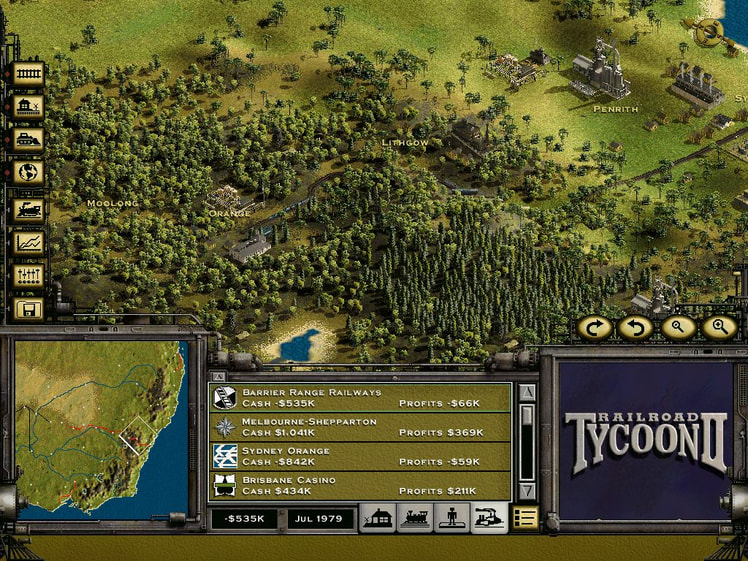 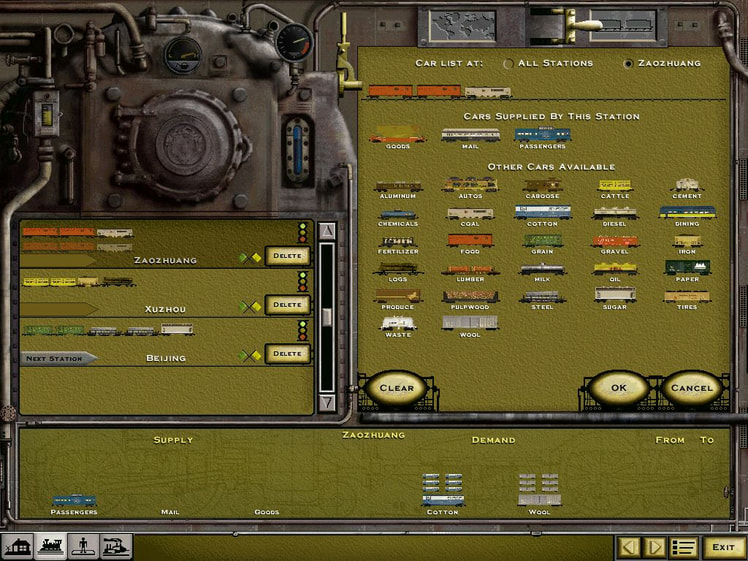 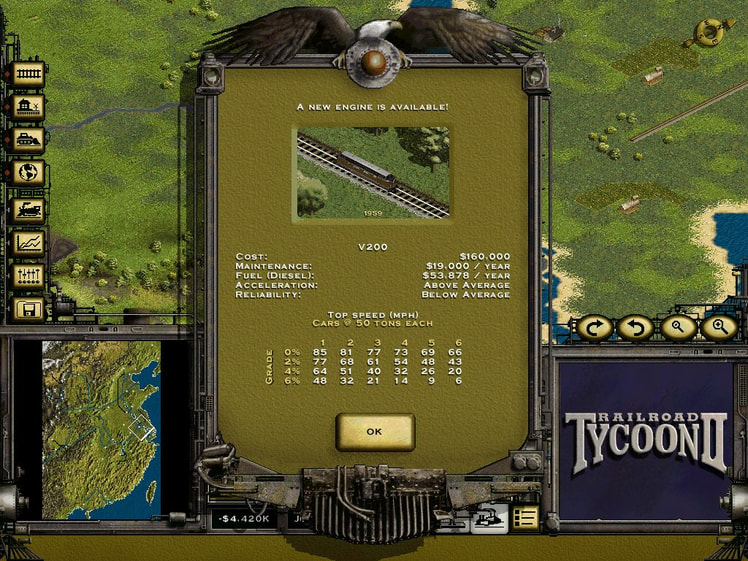 Railroad Tycoon 2, making the sequel to a game that easily falls into the "legend" category is, well... exciting! Of course, it's also a fertilizer carload of work. An intricate cargo web and a dynamic financial environment set the stage for your chance at showing the world what a true robber baron is capable of doing. This isn't your mother's old 0-4-0 Grasshopper! The ability to buy and sell stocks, schedule train routes, optimize operations, lay rail, build stations, and take over companies make Railroad Tycoon 2 a strategist's dream. Meanwhile, an intuitive interface, beautiful terrain, detailed rolling stock, and attractive buildings are sure to please the most dedicated train enthusiasts.

Is all this too much? Then let your manager take over, and just sweat the big stuff! Hire and fire managers, each with talents and abilities far beyond those of digital men, to help run your company. You can also invite 15 of your closest friends to contest your title as a railroad tycoon in a real-time struggle for power. Legends are made to be lived up to, and Railroad Tycoon 2 is all that and a head of steam.
Publisher: Gathering of Developers
Genre: Simulation
Year: 1998
Platform: Windows 9.x / XP
Language: