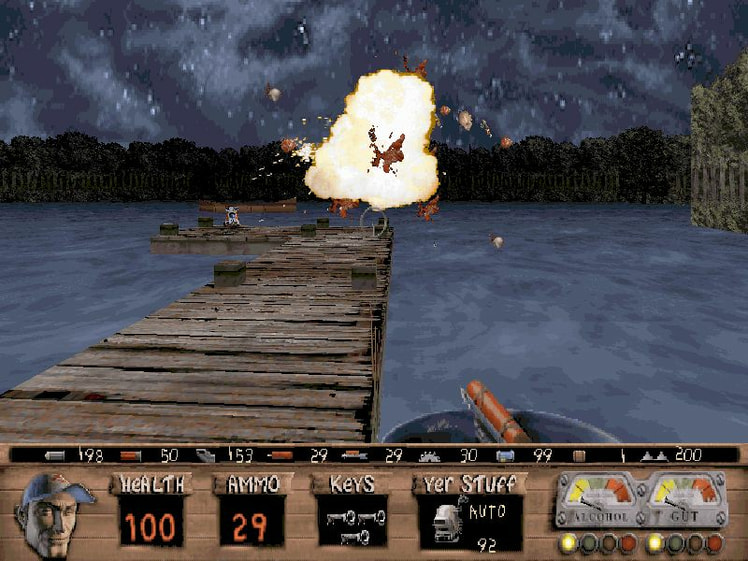 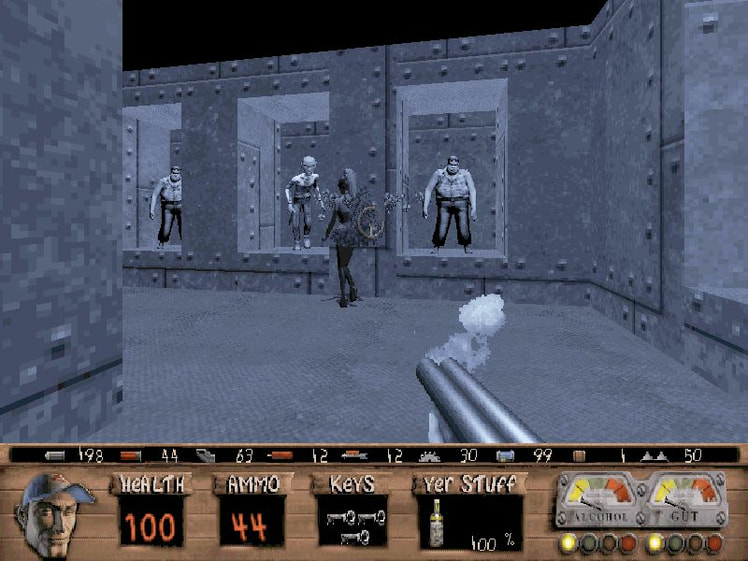 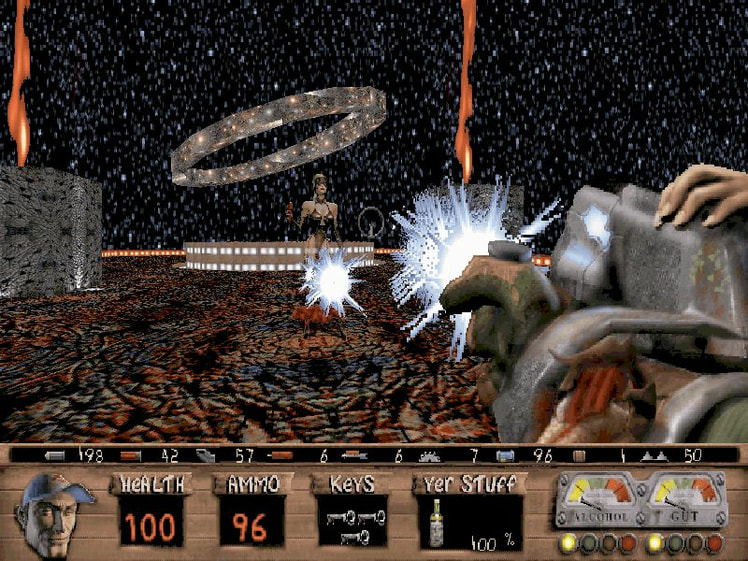 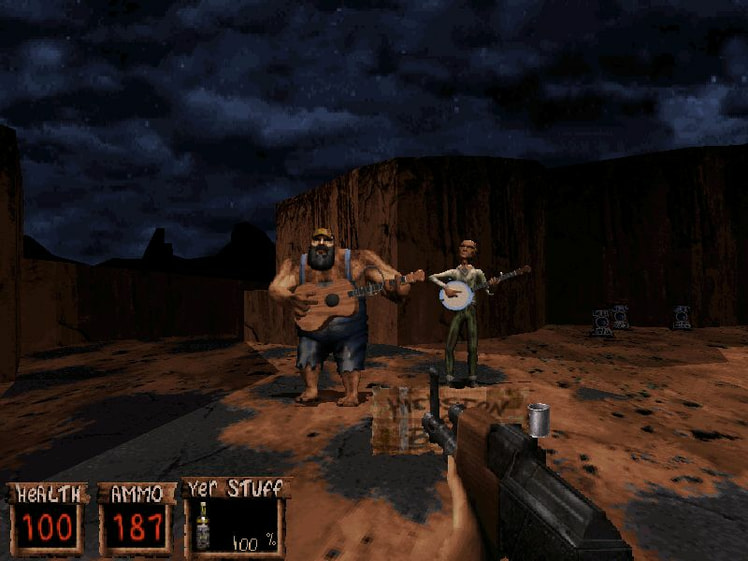 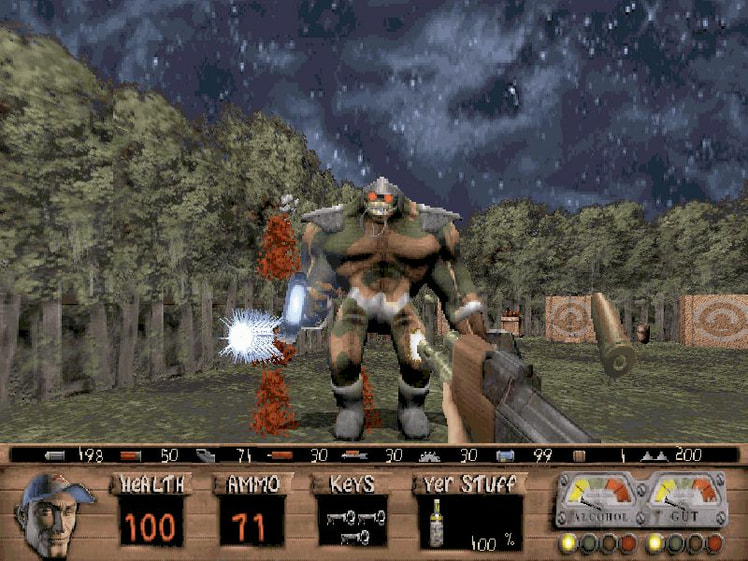 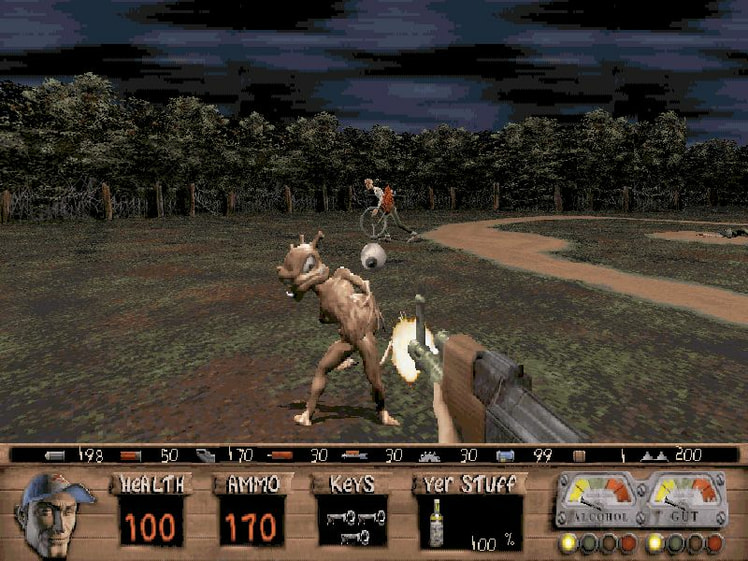 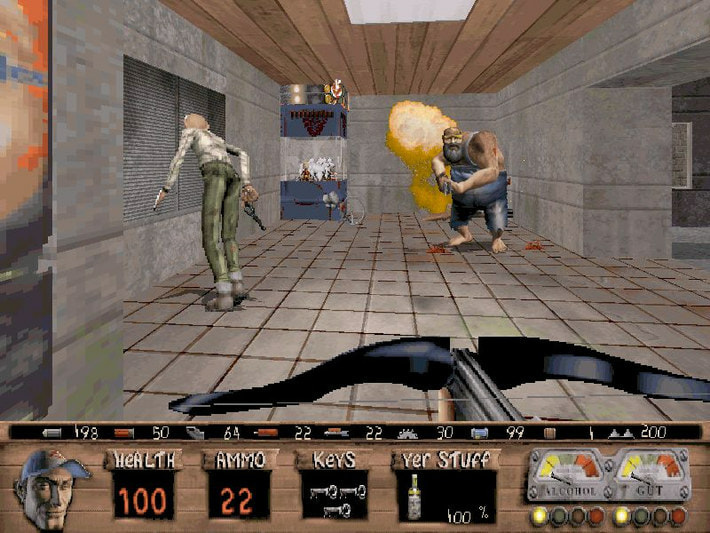 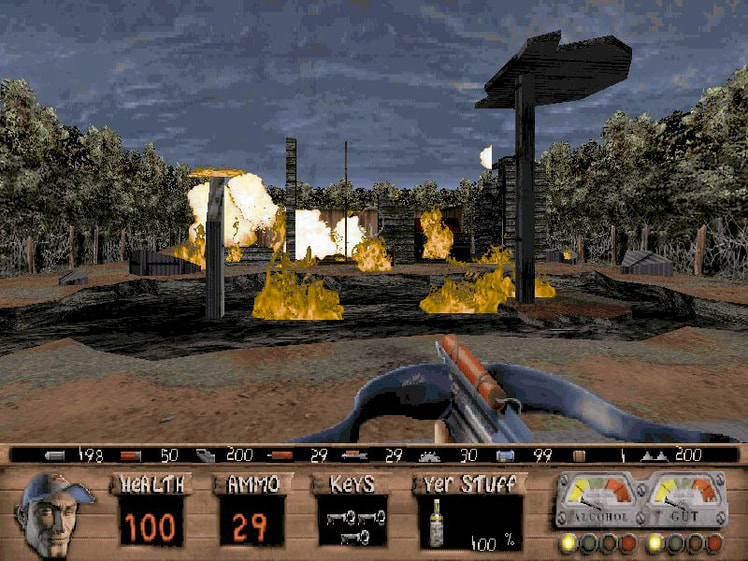 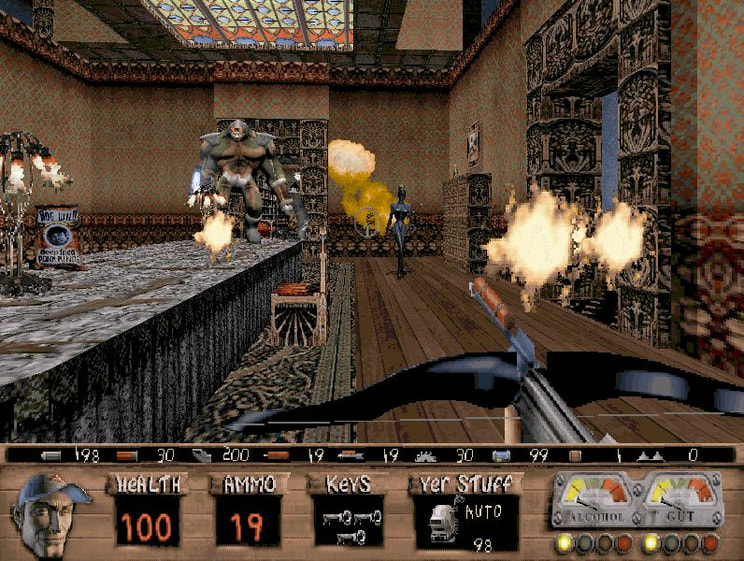 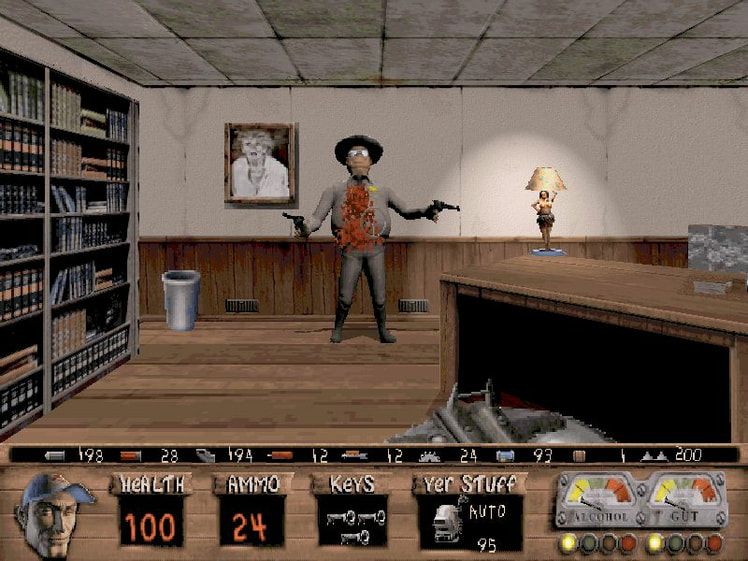 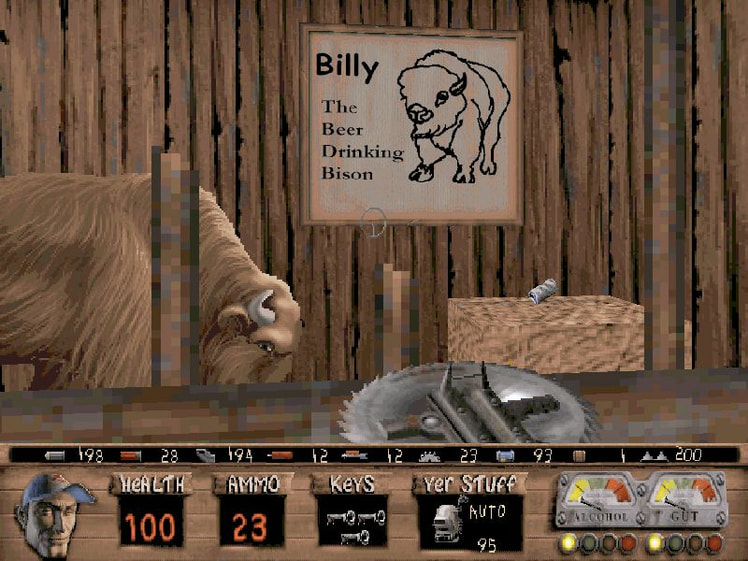 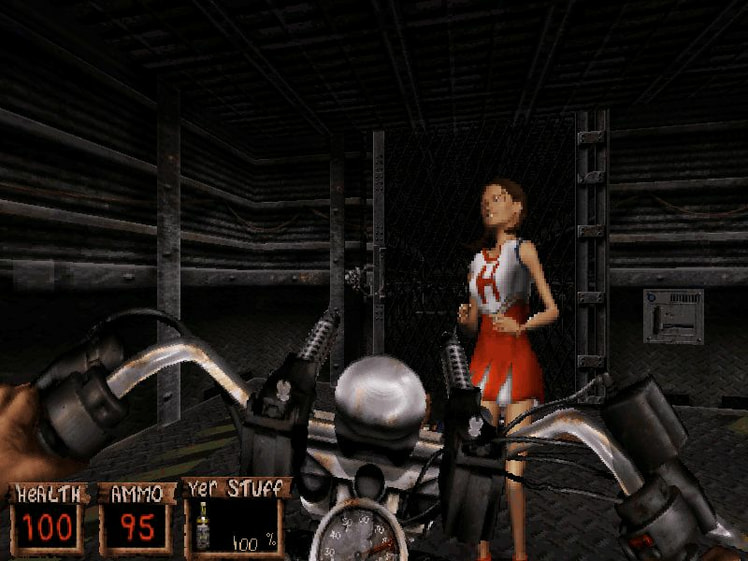 A week from a Redneck's life:

Munday: Well, we crash-landed that UFO in the desert and Bubba says he wants to go home. Heck, I don't blame him 'cause there ain't no place like Hickston. But according to my map, we're gonna have to blast our way through jack o' lope farms and a riverboat as well as a brothel (Bubba can't wait) 'fore we get home again.

Winsday: Yeehaw! Got to joyride in a Swamp Buggy and a motorcycle that were both armed to the teeth. I hope those peoples I ran over will be alrite. I still got a darn jack 'o lope stuck in the grill though.

Thersday: New ways to destroy stuff! I found over 10 weapons like a crossbow that shoots dynamite-loaded chickens and a slingblade. Mmmm-Hmm!
Fri-day: Sure am hungry! I just need some good ol' redneck powerups like pork rinds, cow pies and some of my granpappy's moonshine!
Saterday: Boy I sure so like those toe tapping tunes by that good ol' boy Mojo Nixon.
Sunday: Heck! With all the new places we been, I sure wish my kinfolk could've come along for the ride!

Want to experience more than just a week? Then take a dip into the Redneck's world of floating whiskey and widespread pork rinds. The crazy adventure continues through Redneck Rampage, Redneck Rampage Rides Again: Arkansas and Redneck Rampage: Suckin' Grits on Route 66. Now all three games bundled together.

But wait, there's more! For those curious about the Redneck language you can download and install "Cuss Pack" add-on (follow the readme.txt file for instructions).
In this sequel to Redneck Rampage; After Leonard and Bubba crash-land a UFO, they find themselves in the middle of the desert (Area 69). Along the way, they are hunted by aliens and must blast their way through jackalope farms, Disgraceland, a riverboat, a brothel and various other locales.