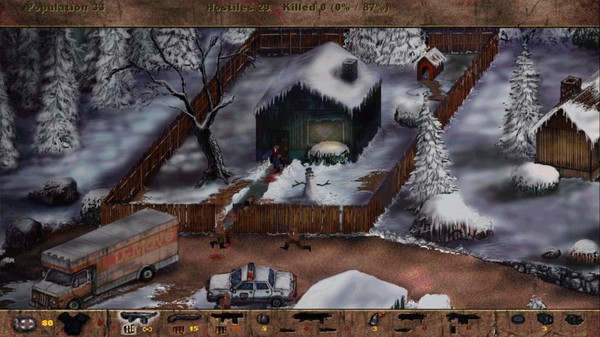 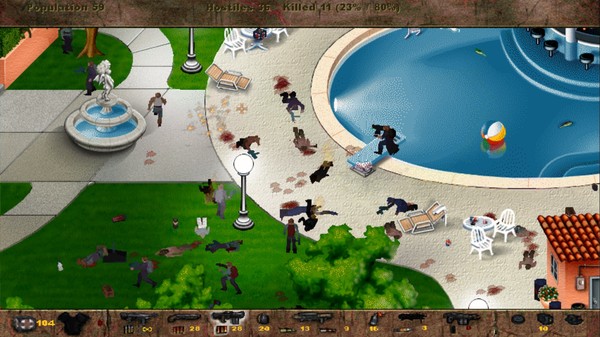 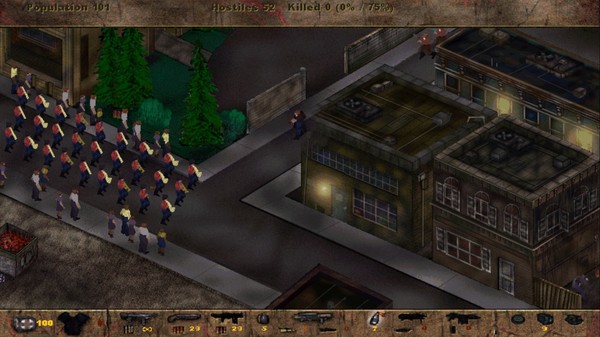 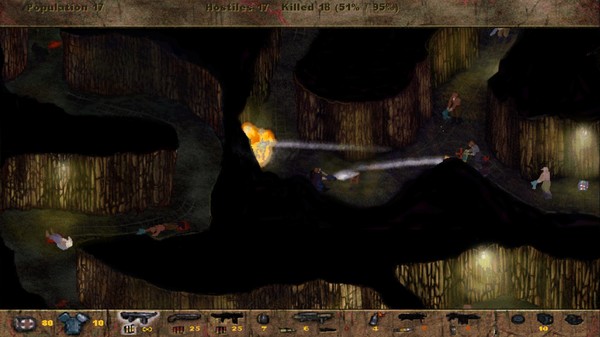 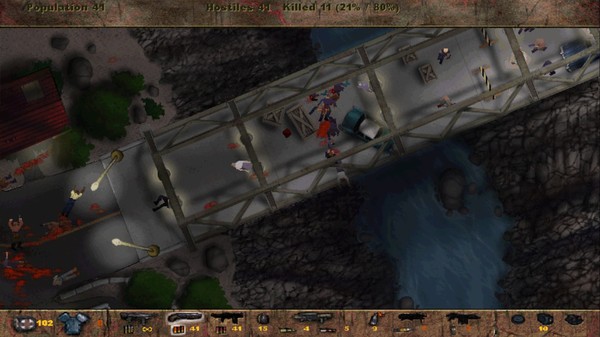 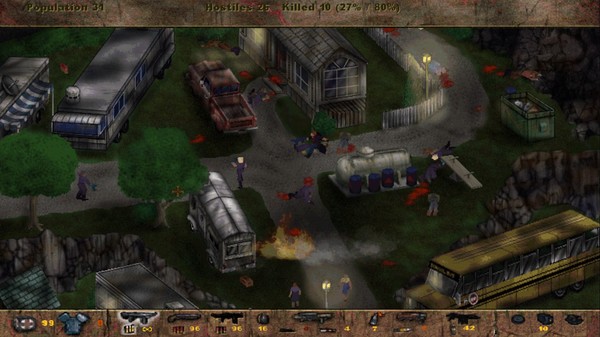 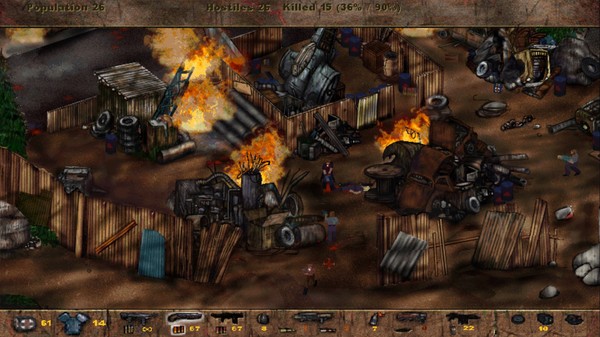 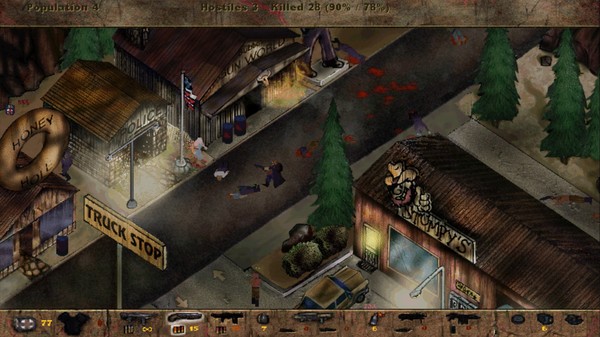 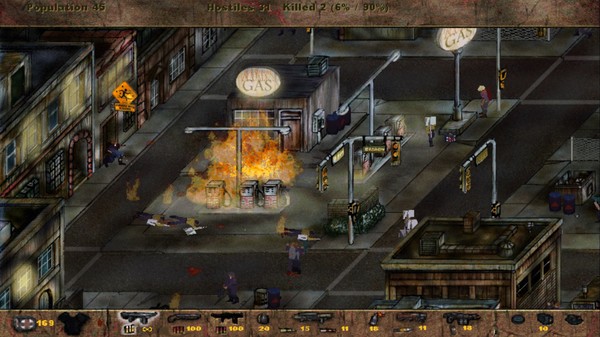 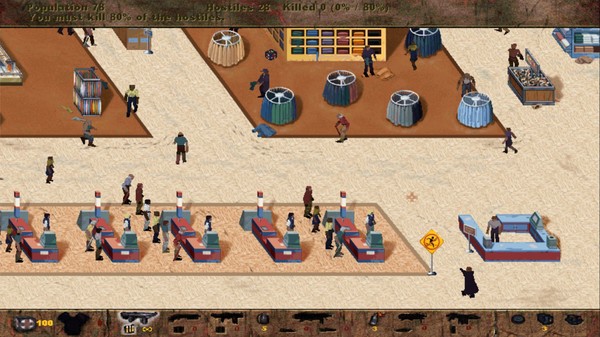 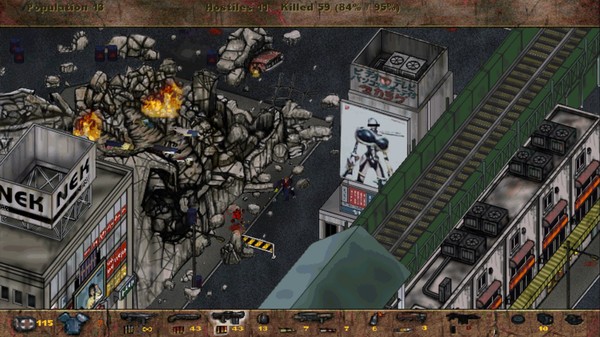 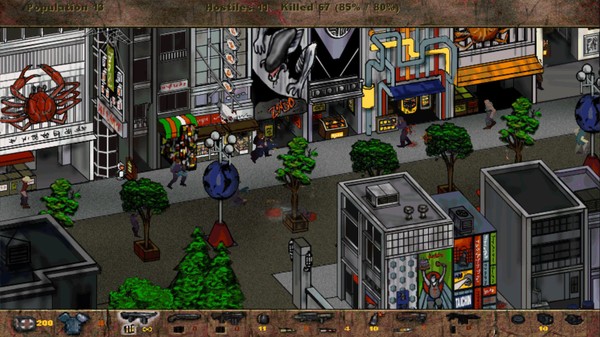 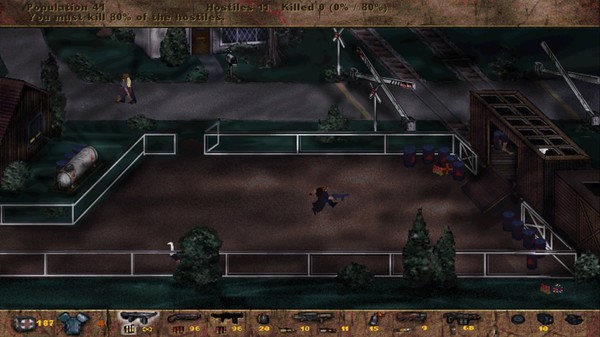 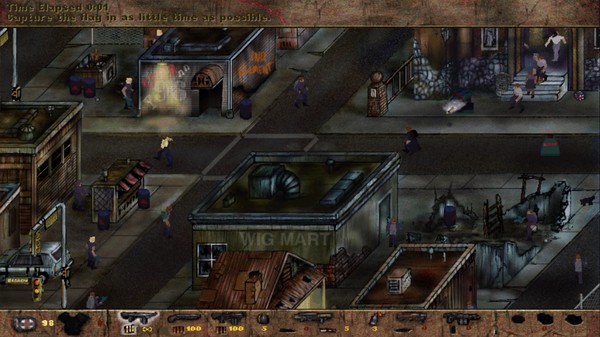 Take control of The Postal Dude in his infamous first outing as he battles to survive in a world gone mad! POSTAL is a classic isometric shooter filled to the brim with fast-paced explosive action. Crazed gunmen out for your blood await you around every corner, and your only choice is to get them before they get you. Fight back with a destructive arsenal as make your way through a violence-stricken town.

It's time to go POSTAL!

Play as The POSTAL Dude in his first appearance in a video game. Includes all the original missions PLUS the Special Delivery addon pack! This is retro gameplay at its finest.

Buy milk, get Gary Coleman’s autograph, kill lots of people See the POSTAL franchise jump to 3D, but with all the over the top gore and violence, in FPS open-world POSTAL 2. With this Steam key, you’ll go about your day as ‘The Postal Dude’ – a somewhat psychotic menace who picks his enemies at random and attempts to cause as much devastation and destruction as possible… before heading to the library to return an overdue library book. CHAOTIC SCENARIOS Blast, maim and fire-bomb your way through 21 levels. Exploit chaos opportunities, mow down marching bands, spray protesters, charbroil whole towns. Look at the world through the eyes of a psycho! Lose yourself in fast-paced, guns-blazing, mind-numbing isometric view killing sprees. LIVE A ‘NORMAL LIFE’ In between violent murders and causing chaos, you’ll be tasked with completing ‘simple’ errands. Grab some milk from the store and confess your sins… if you can remember them all! Try to return home to your wife in one piece as protestors, a murderous toy mascot named Krotchy, the police and SWAT, the ATF and the National Guard, savage butchers and Gary Coleman himself will attempt to take you down. VAST CHOICE OF CRAZY WEAPONRY Utilize an arsenal of weapons ranging from a humble shovel to a uniquely hilarious rocket launcher. Collect a pack of attack dogs, use cats as silencers, or piss and pour gasoline on anything and everyone. YOUR OFFICIAL POSTAL 2 STEAM KEY GIVES YOU: Utter mayhem Large non-linear world Virtual Gary Coleman Many mods already available via Steam Community.
Publisher: Ripcord Games
Genre: Action / 3D Shooter
Year: 1997
Platform: Windows 9.x / XP
Language: