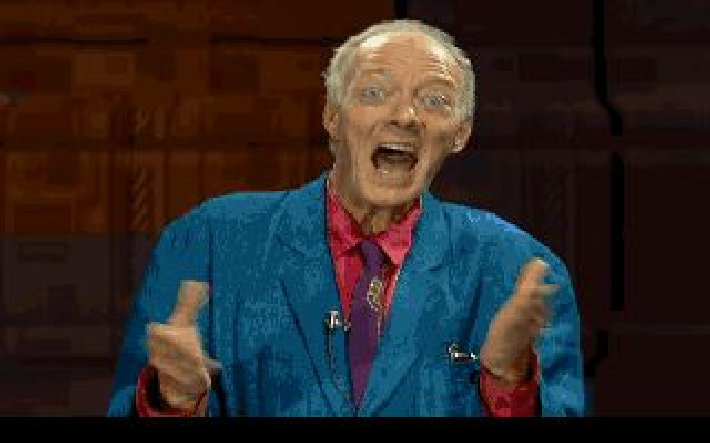 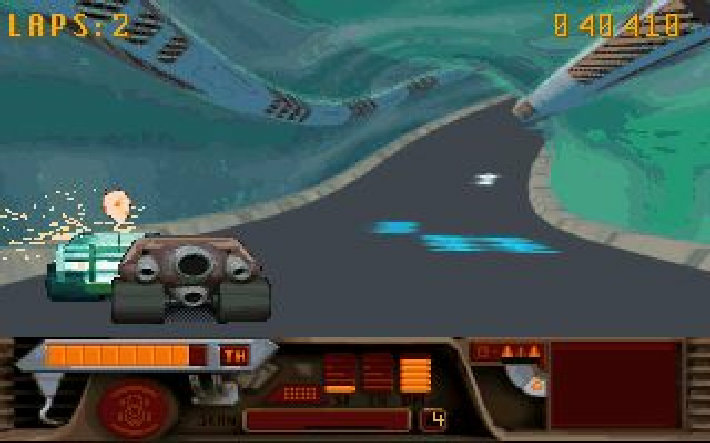 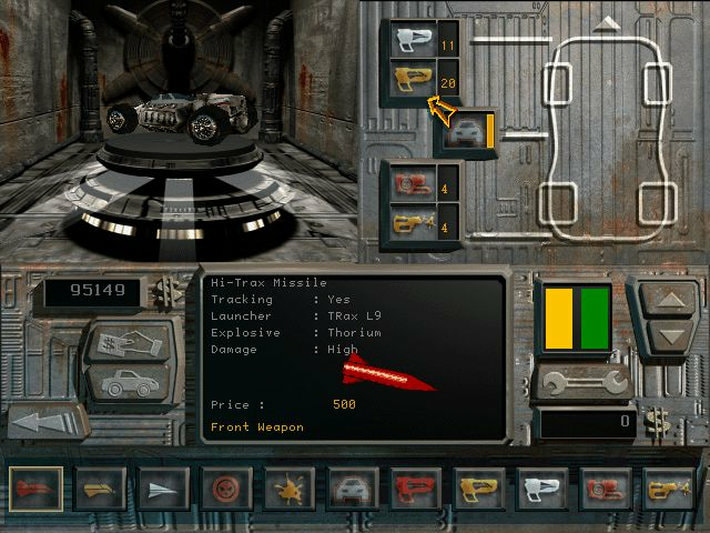 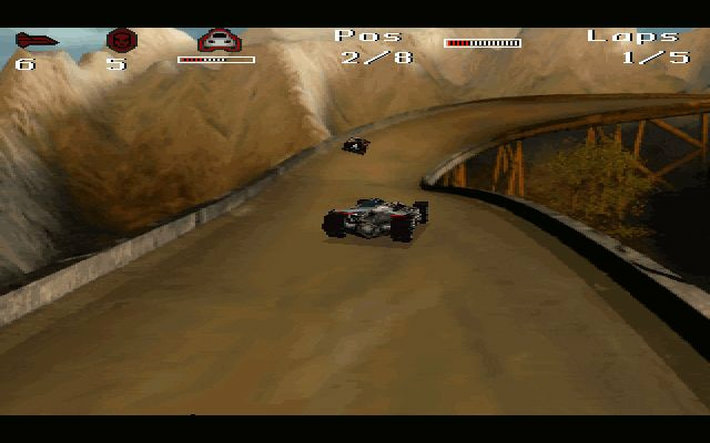 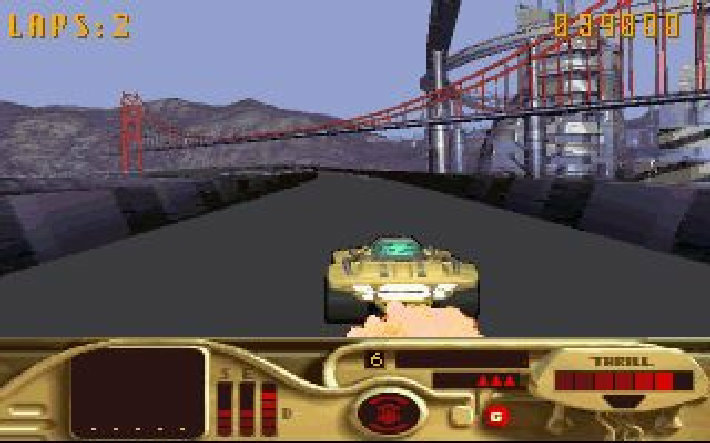 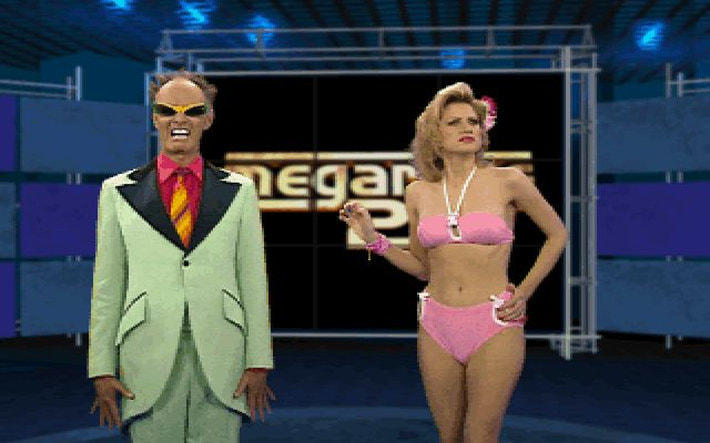 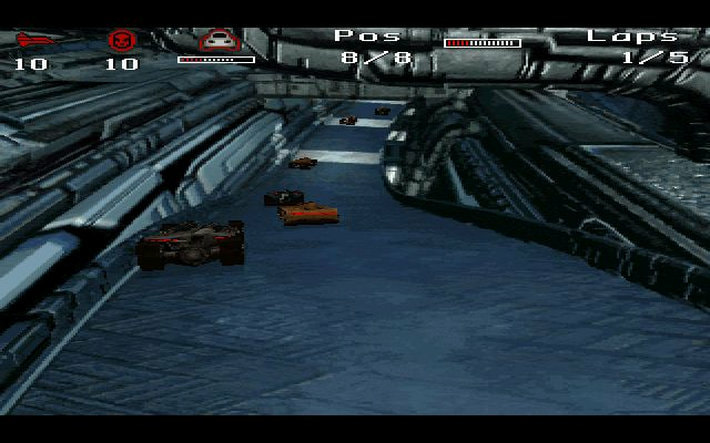 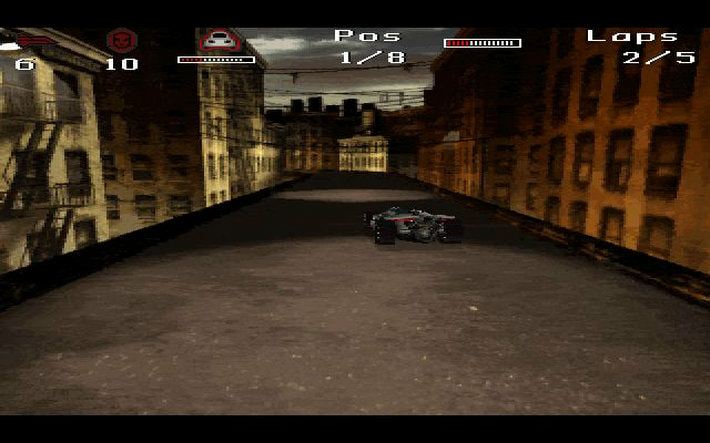 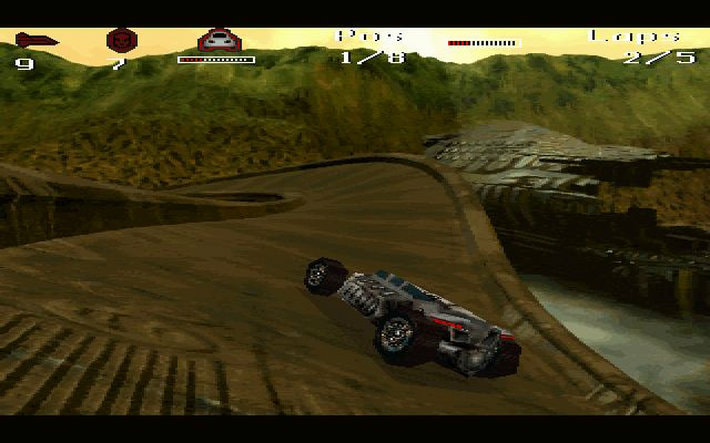 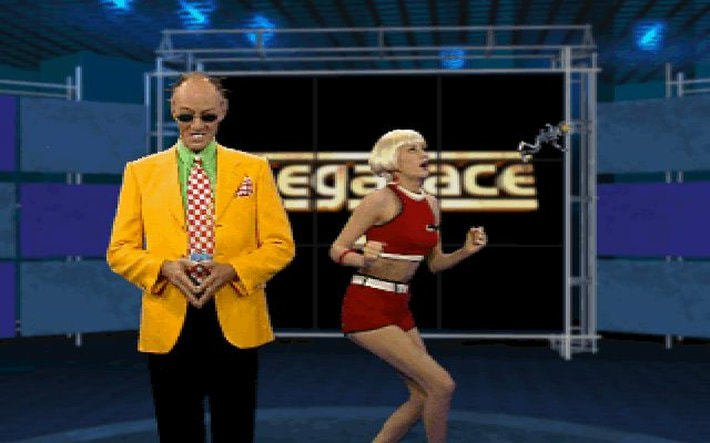 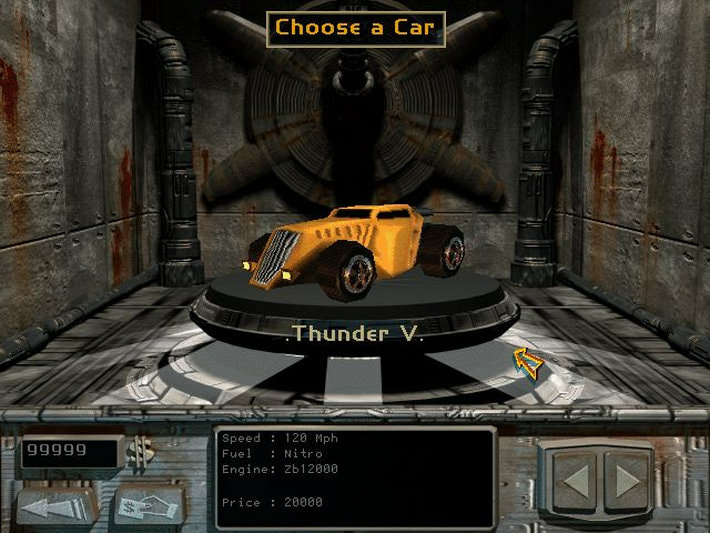 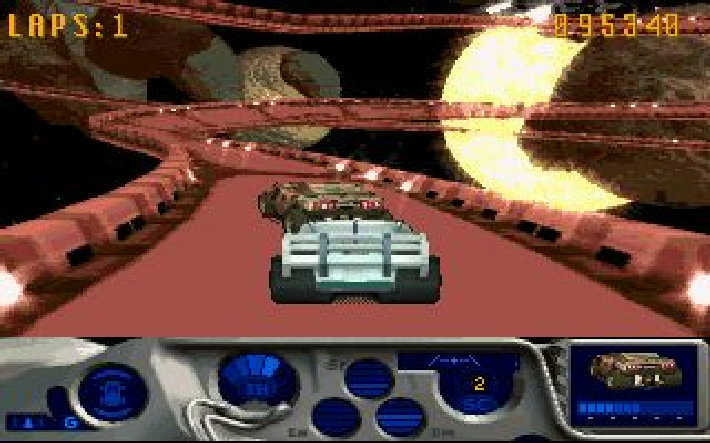 MegaRace 2 is the sequel to 1994's combat racing smash hit and is once again developed by Cryo Interactive. The sequel included several upgrades such as fully rendered 3D cars, new weapons, and track shortcuts.

MegaRace 2 also features the return of eccentric MegaRace host, Lance Boyle (played by actor, Christian Erickson, of "Hitman" fame). In MegaRace 2, Lance is joined by a stunning female co-host whose name keeps changing. MegaRace 2, was the first entry in the series, to allow players to fire weapons in reverse at cars behind them. The game was also the first to introduce in-game cash prizes for winning races.

This in-game currency could be used to purchase new cars and weapon upgrades. Each race contained multiple paths for the player to cross the finish line. MegaRace 2 was released for PC in 1996.
You know those punk highway gangs, the ones who really think they rule the road? You just hate them, don't you? So you say, 'Somebody ought to do something about them criminal highway gangs!' And we says, 'Oh yeah?! Well, why don't YOU do something, mister big-mouth!'. You don't have the car? We'll give you the car! You don't want to get arrested for taking the law into your own hands? Not a problem! You know why? Because it AIN'T REAL! It's a whole lot better than real, baby! It's virtual television: reality's worst nightmare!
Publisher: Mindscape
Genre: Racing
Year: 1996
Platform: Windows 9.x / XP
Language: