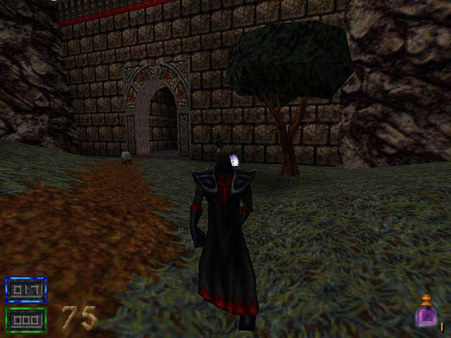 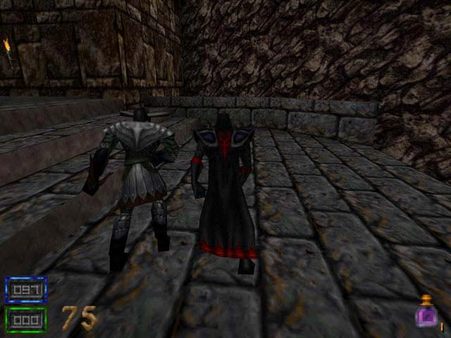 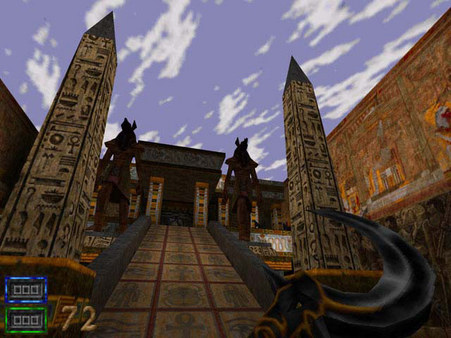 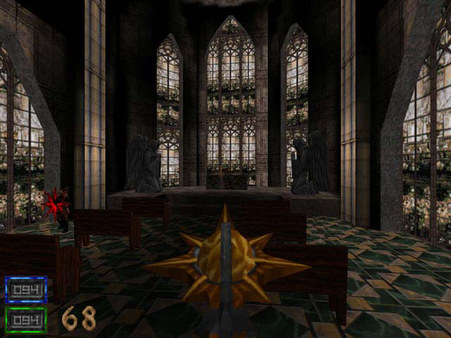 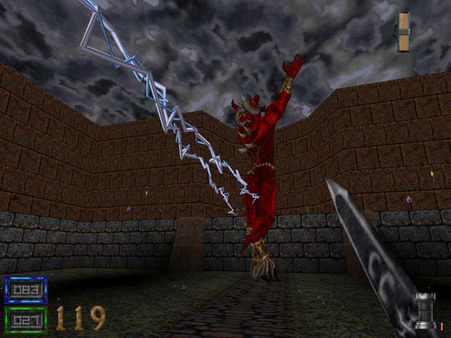 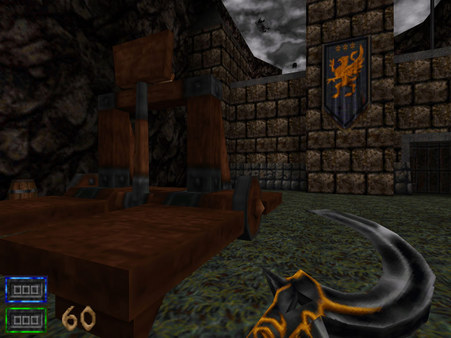 The Four Horsemen of the Apocalypse lurk in the shadows before you. They are Death, Pestilence, Famine, and War. They are the root of all that is evil. They are the least of your worries. The last know Serpent Rider, Eidolon, lives. As the Necromancer, the Assassin, the Crusader, or the Paladin, you must defeat the dark generals and their Hell-spawned legions before you can face the Archfiend and attempt to end his ravenous onslaught. Go in peace and you will surely die.

Hexen: Deathkings of the Dark Citadel

Heretic: Shadow of the Serpent Riders