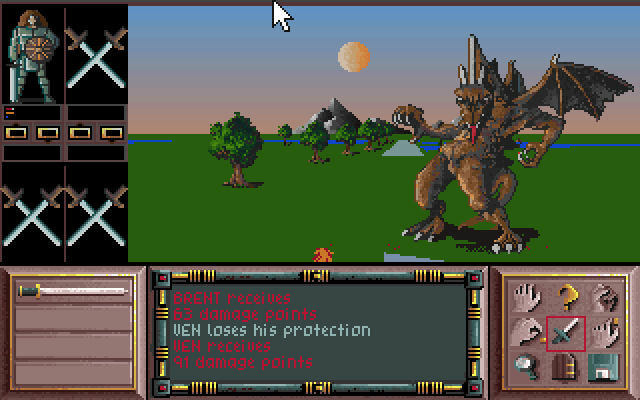 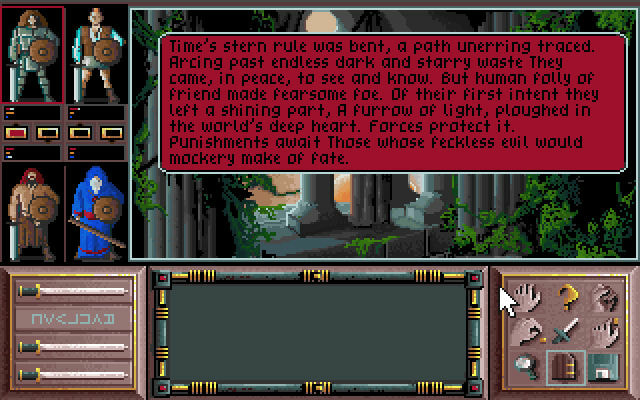 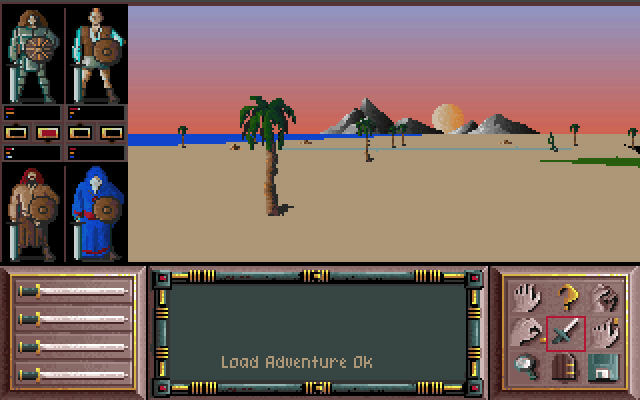 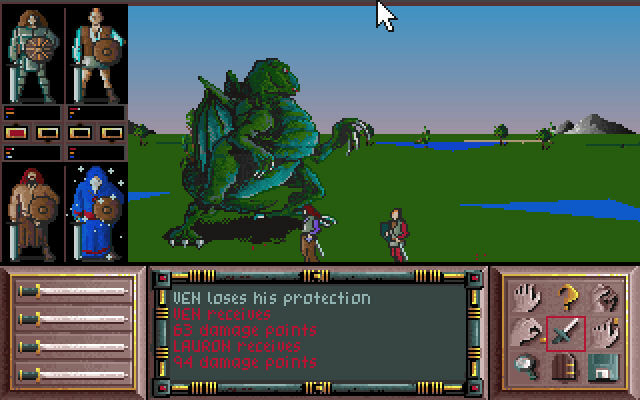 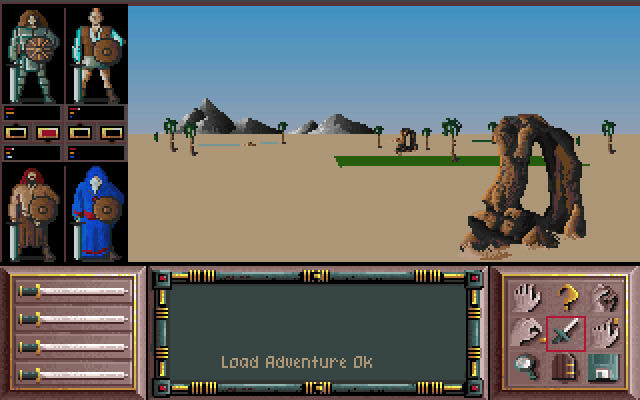 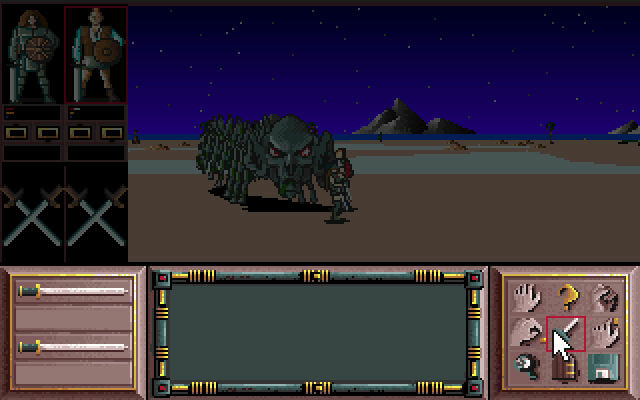 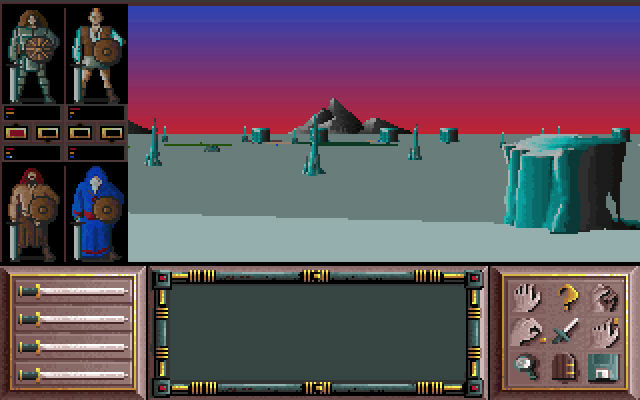 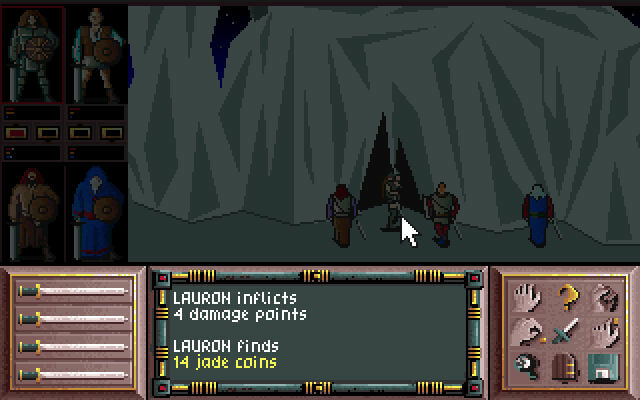 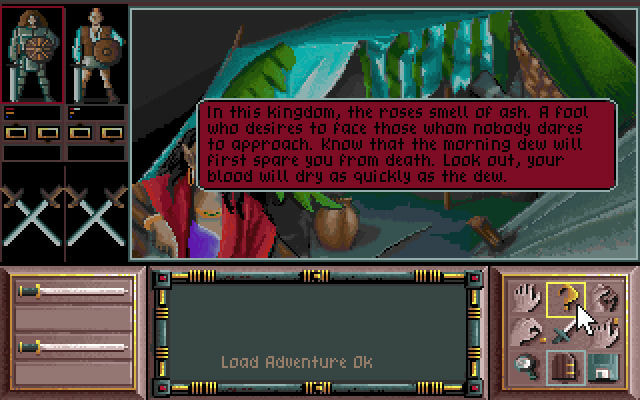 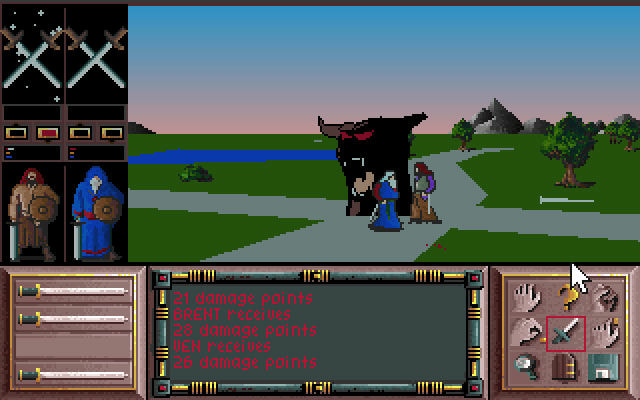 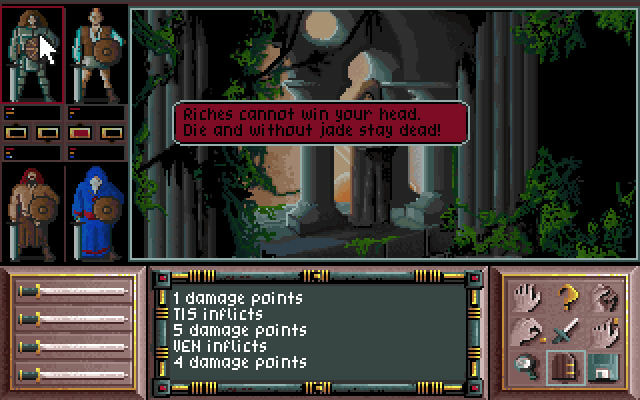 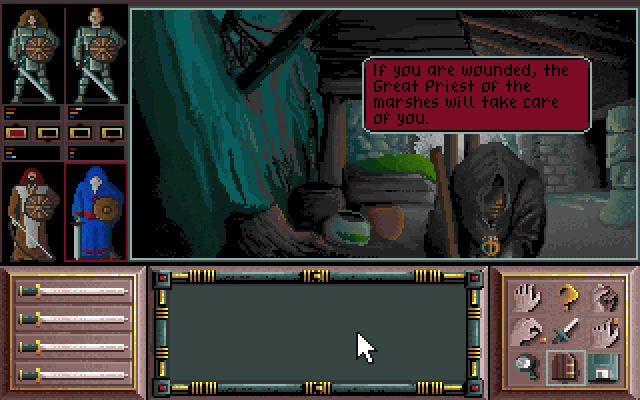 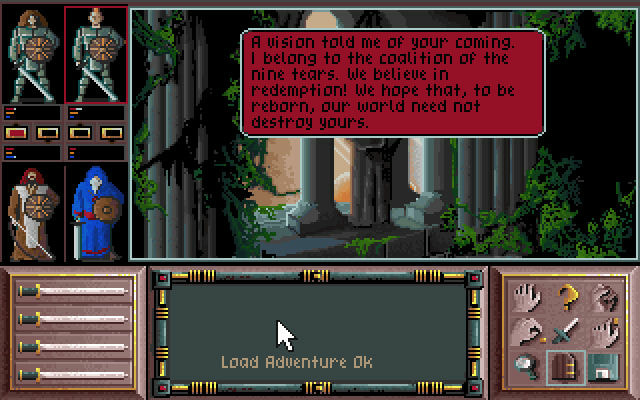 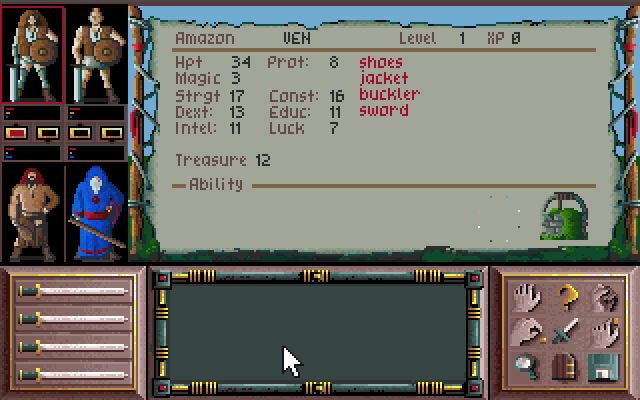 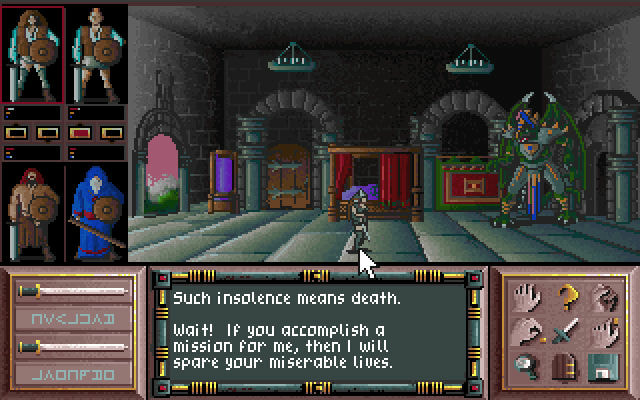 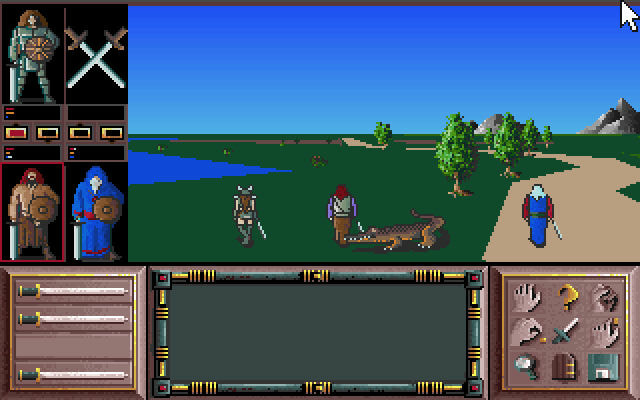 The prophecy has been fulfilled. The world shall be ruled by the dragons. On an island far away, their lords prepare for the conquest of the lands. There is only one hope for mankind.

The prophecy has been fulfilled. The world shall be ruled by the dragons. On an island far away, their lords prepare for the conquest of the lands. There is only one hope for mankind. The emperor sends out four heroes -- warriors and magicians -- to solve the puzzle of tears and prevent the invasion of the Drakkhen.

Drakkhen is a role-playing game with a visual presentation that combines 3D landscapes and 2D interiors. The player will encounter monsters and fight them in real-time combat, and discover the palaces of the dragon lords. Indoors, the player has to find a way through the maze of chambers, solving puzzles and defeating the minions of the Drakkhen.
Through the swirling mists of an ancient island, the great dragon's call escapes into the night. "ANHAK DRAKKHEN AGHNAHIR HURTHD!" The sound reaches out to grab your soul - drawing you deeper into an immense, primordial land of potent magic an intricate peril.

This is a world controlled by the might power of dragons. With this great dragon's passing, the world and all its magic would vanish.

You have been chosen to lead your hand-picked band of four brave adventurers on a treacherous journey. Your quest is to reclaim the mystical jewels from eight dragon Princes, resurrect the great dragon and restore the primeval realm, the source of all magic in the universe.

Be wary! Your enemies are many and devious. Over 150 distinctly different monsters lie in the wait to end your quest - and your life. The evil creatures will wait not your move, but will attack you at their discretion.

Armed only with your wits, weaponry and 200 magical spells, you cross an immense and varies land in fantasic, three-dimensional travel. Through a seemingly endless series of cursed castles and dangerous dungeons.