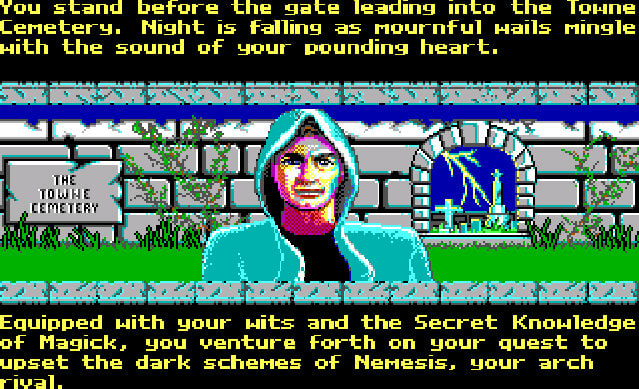 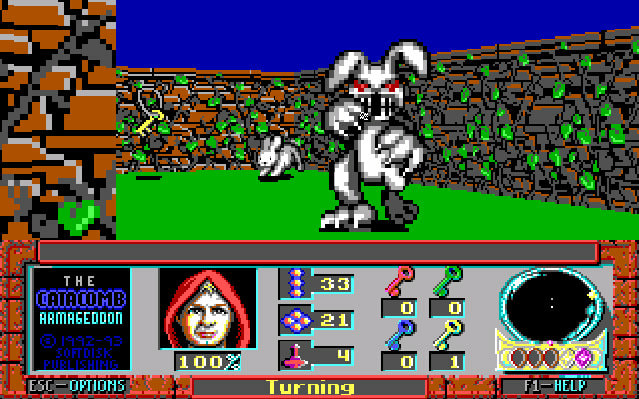 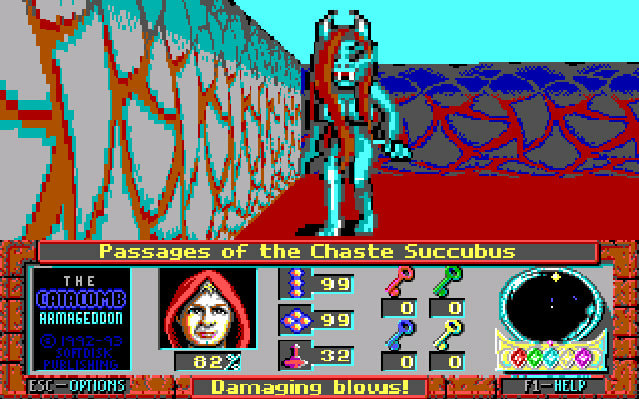 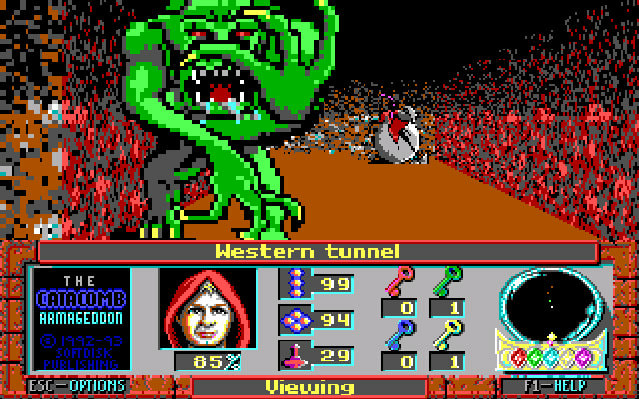 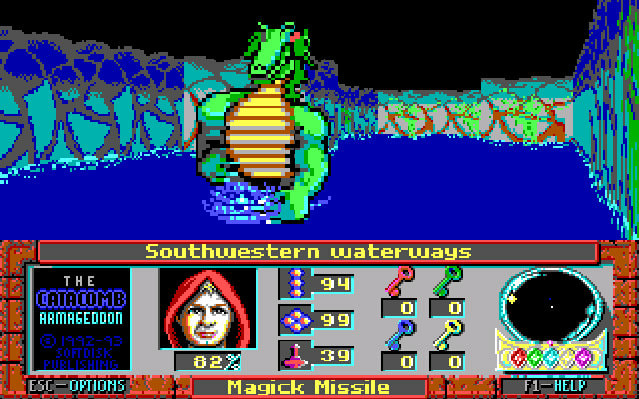 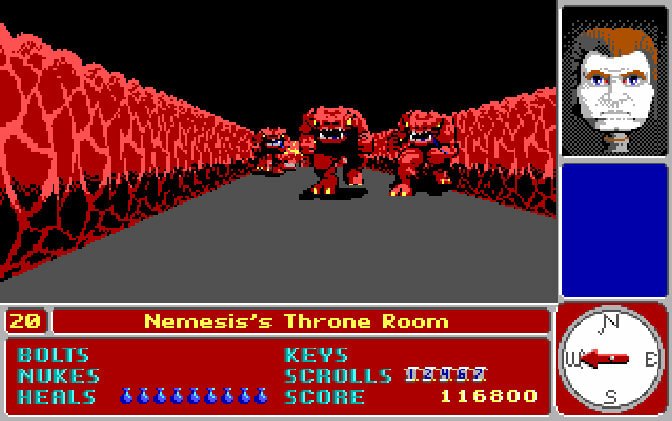 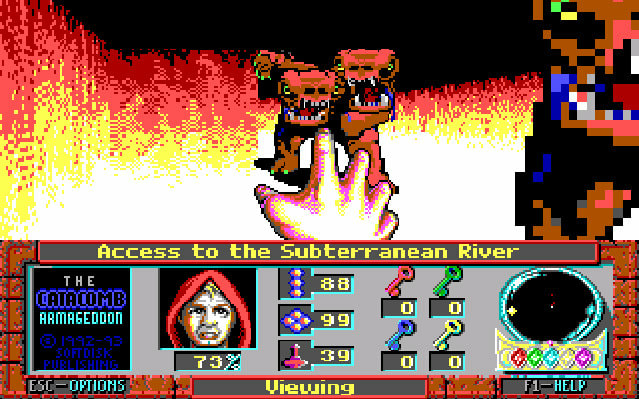 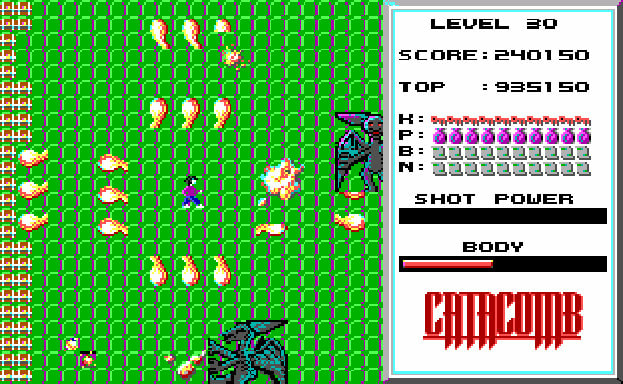 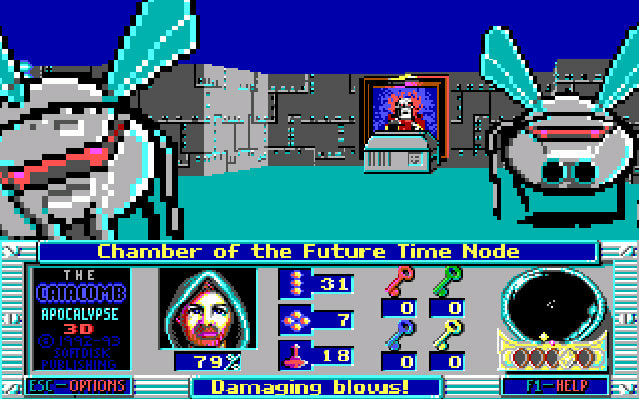 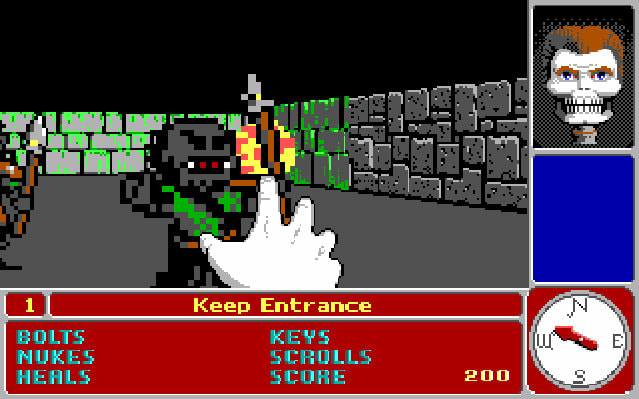 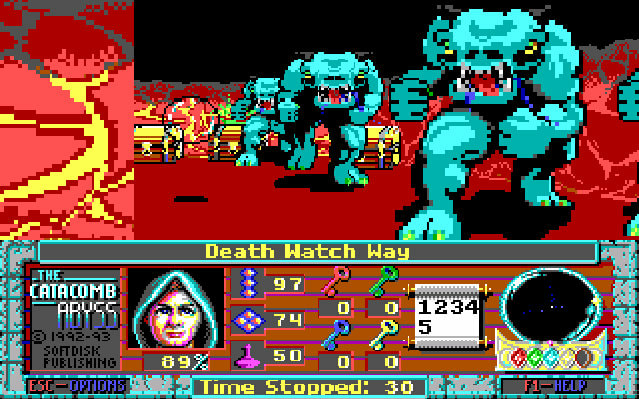 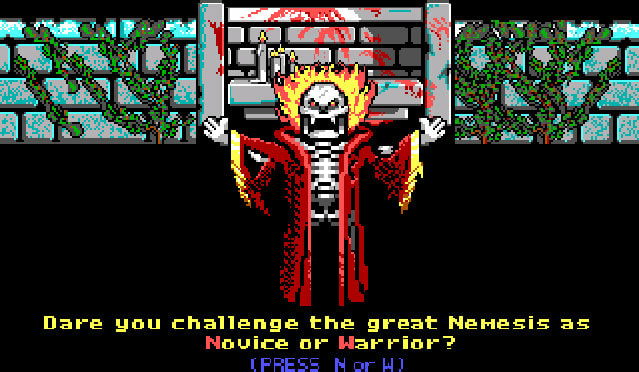 The Towne Cemetery. The site of many sad departures from this mortal coil has now become your doom as you are trapped in the Catacombs! The Catacombs are inhabited by the fiercest monsters known to man, all in the service of their dark lord and master: Nemesis! You must fight for your life, fight for your soul and delve deep into the heart of the Catacombs and triumph!

Catacombs Pack is a fantastic compilation of the classic fantasy FPS series. Step into the shoes of one Pelton Everhail, the greatest of the living wizards. Discover secret, long-forgotten treasure troves as you blast away the walls with your powerful magicks. Explore twisting mazes filled with deadly traps and even deadlier denizens. Face Nemesis and fight for your life and those that depend on you. Enter the Catacombs, if you dare and witness the true roots of the First Person Shooter genre on the PC!
Empresa: SoftDisk Publishing
Categoria: Action / 3D Shooter
Ano: 1992
Plataforma: DOS
Idioma:

Hexen: Deathkings of the Dark Citadel