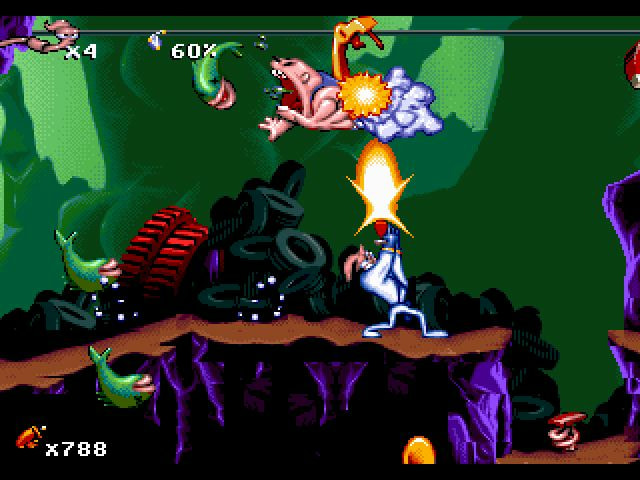 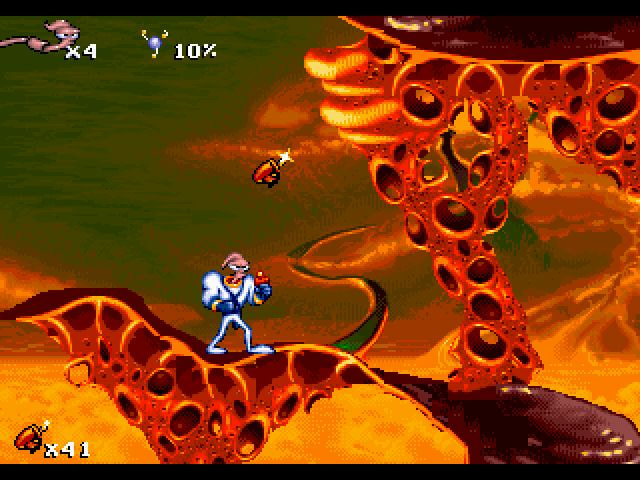 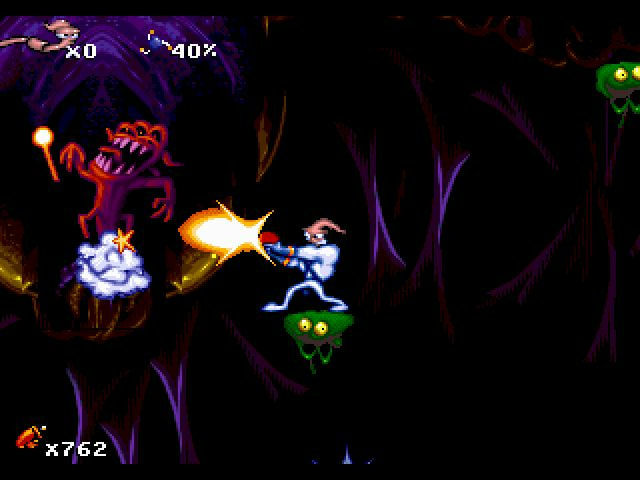 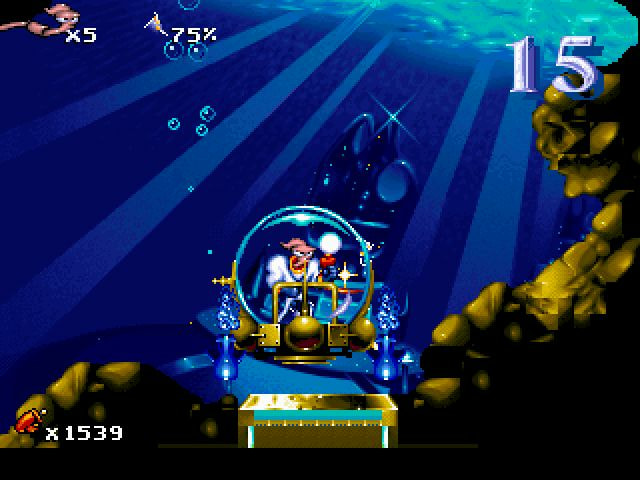 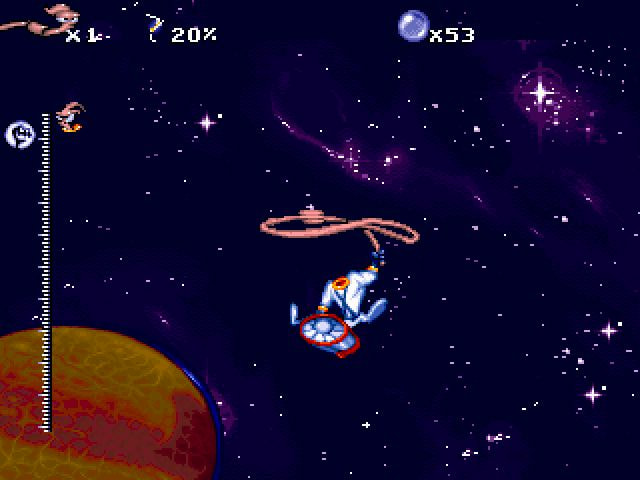 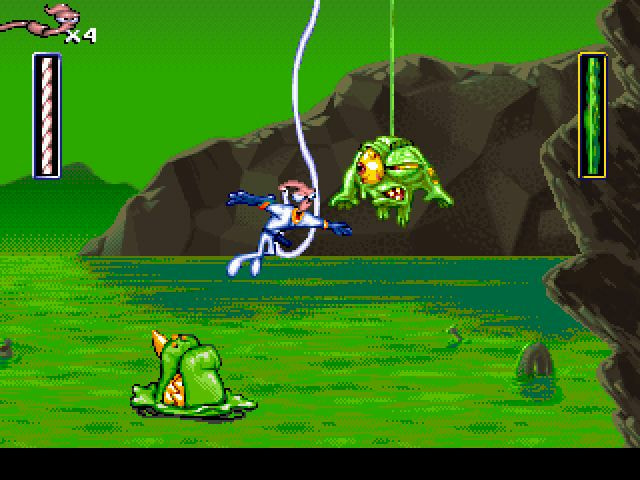 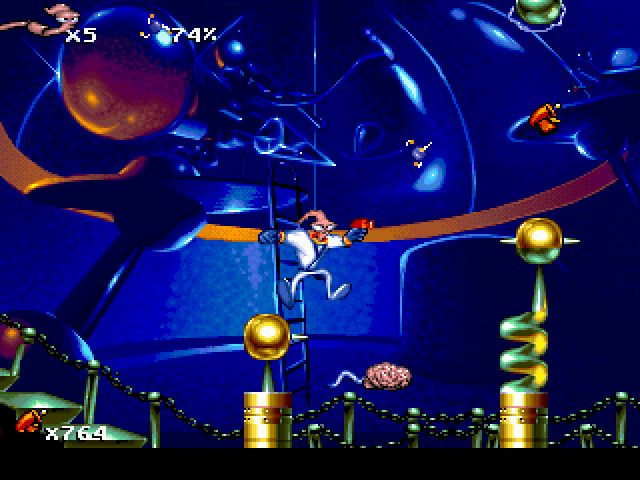 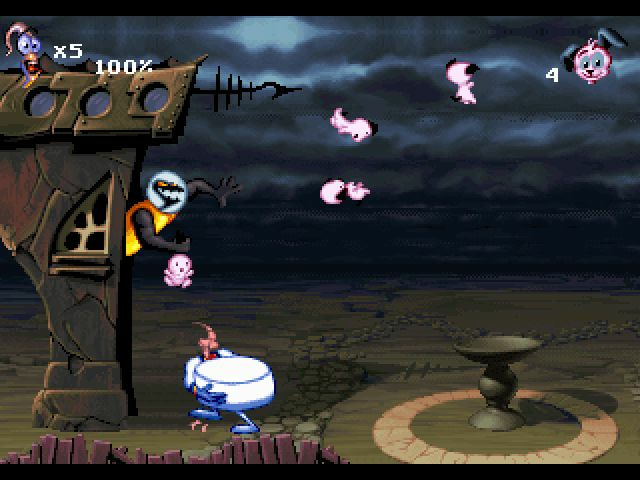 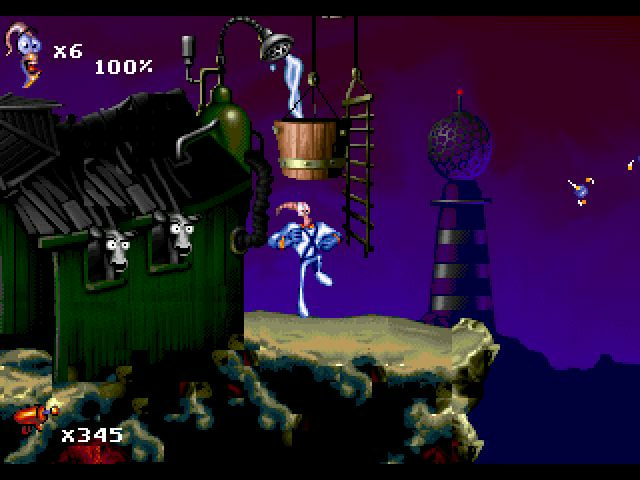 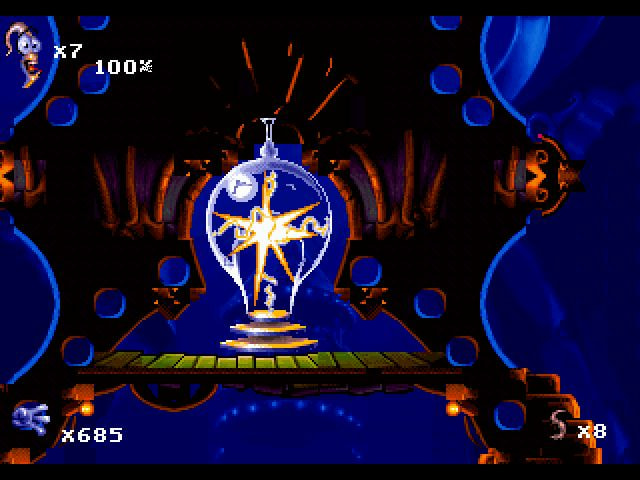 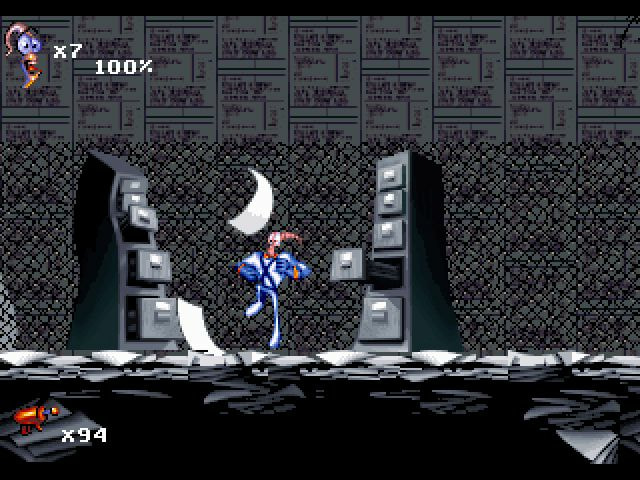 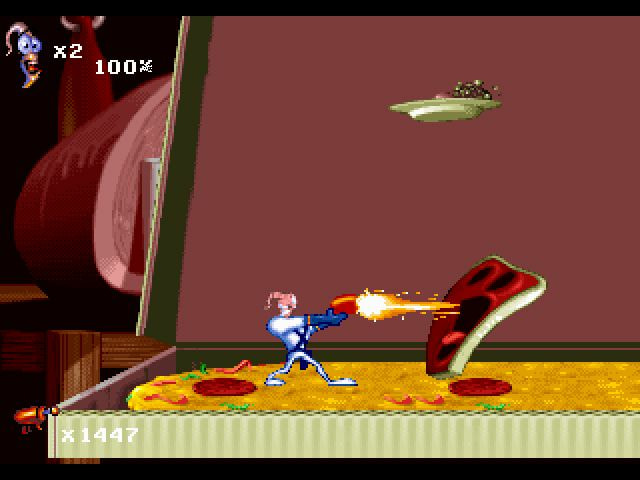 Jim wasn't always a studly super-worm. He was once just a spineless, dirt-eater with no real mission in his life...

But then something unexpected happened. The evil Psy-Crow was transporting a super suit, built by the genius Professor Monkey-For-A-Head, to Queen Pulsating, Bloated, Festering, Sweaty, Pus-Filled, Malformed, Slug-For-A-Butt, but along the way it was stolen by a rebel. Although Psy-Crow killed the rebel, the suit fell down to Earth, landing on an Earth Worm. That cosmic twist of fate placed Jim in control of an ultra-high-tech-indestructible-super-space-cyber-suit.

Anyway, Earthworm Jim found out that Princess What's-Her-Name had been captured and set out to save her. Meanwhile, there's a bounty on Jimmy and plenty of people are in line to take Queen Slug-For-A-Butt up on her offer.

Now Jim must make it to the princess and stay clear of Psy-Crow, the intergalactic bounty hunter, until the final battle with Queen Slug-For-A-Butt. To accomplish this, you'll have to use every weapon and ability at your disposal to wriggle your way through dozens of original and just plain weird levels.

From Evil the Catâ€™sâ€™Circus of the Scarsâ€™ to the planet of Meat, join Jim on a madcap chase across the galaxy. Saving cows, thwarting lawyers and outsmarting Psy-Crow are all in a dayâ€™s work for Jim. Are you up to the challenge? Can you handle the awesome new weapons? Excellent! Then stop reading this. Try it now! Trust no one, play it yourself.. or EAT DIRT!

Jill of the Jungle

Jill of the Jungle 2

Crystal Caves - Vol 2: Slugging It Out