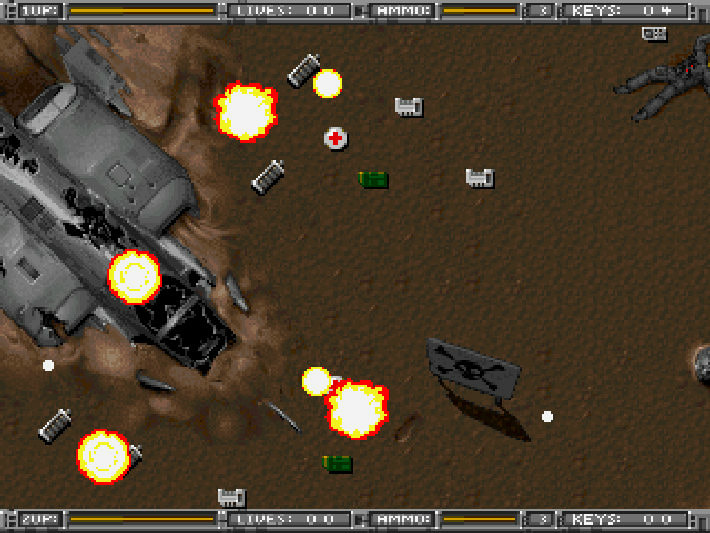 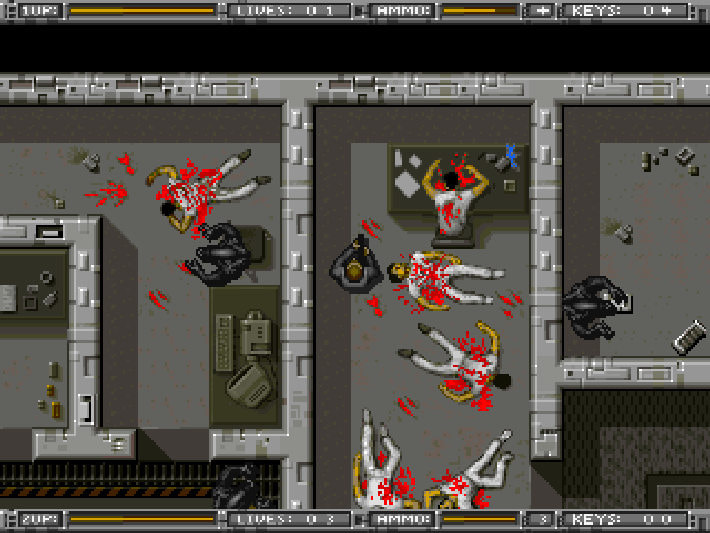 The year is 2191 and the galaxy stands on the brink of war. Only the Interplanetary Corps maintain an uneasy peace. The IPCC Miraculous was heading back for Federation HQ after six months on routine patrol around the Intex Network. Then came the orders to check out a remote Intergalactic Space Research Centre which had failed to transmit on any of the Federation wavebands. ISRC-4 was situated near the red-giant Gianor and was the last place anyone on the Miraculous wanted to go.

Alien Breed features a classic arcade shooter gameplay with hordes of aliens that are trying to kill you and a huge arsenal of weapons to defend yourself.In Alien Breed: Tower Assault levels are connected in multiple ways and there is no predefined path so you can freely chose where to go next, making each pass a unique experience. In addition, both titles can be played in cooperative mode adding further to the already impressive re-playability value of these games.
Empresa: Team17 Software
Categoria: Action / 3D Shooter
Ano: 1994
Plataforma: DOS
Idioma: